Building of a 170km-long wire fence between the villages of Lesovo and Krainovo along Bulgaria’s border with Turkey is to be completed by the end of February 2014, Bulgarian Defence Minister Angel Naidenov said on October 26.

The fence is intended to hamper the entry of illegal migrants into Bulgaria.

The Bulgarian-Turkish border has been the main crossing point for illegal migrants, mainly refugees from Syria.

Naidenov said that the fence was being built along the stretch between the two villages because the rugged terrain made it difficult to monitor the border area and react swiftly. Currently, the region is monitored using thermal imaging cameras and Border Police units.

The refugee situation at the Bulgarian-Turkish border was scheduled to be discussed by the foreign ministers of the two countries at a meeting on October 26.

On October 25, Interior Minister Tsvetlin Yovchev said that since the beginning of 2013, 8128 non-EU nationals had crossed the Bulgarian border illegally, about 80 per cent of them without identification documents.

He said that there were 7496 people in shelters and 620 in detention centres.

Yovchev said that the biometric data of those detained was compared with data in the Schengen Information System and the Interpol system. Representatives of the Syrian community were assisting in the identification of refugees, he said.

Across the border in Turkey, the number of Syrian refugees in Turkey had exceeded 600 000 and more than 400 000 of them were living outside the refugee camps set up mainly in Turkish border cities, the Turkish disaster management agency said on October 21, quoted by news agency Reuters.

“We conducted a study before the Eid (al-Adha) holidays and the numbers have increased above 600 000,” Mustafa Aydogdu, spokesman for the Disaster and Emergency Management Directorate, said.

Hundreds of thousands of Syrian refugees who came to Turkey in search of safety are at risk of falling into the hands of scammers who pose as human smugglers or smugglers who just don’t make good on their promise to take them into Europe illegally, Today’s Zaman reported on October 22.

“Many Syrians in Turkey have been placed in refugee camps, but there are still many thousands who have to sleep in parks and on the streets. These people are increasingly forced to try to find better solutions as temperatures fall and many of them, out of despair, readily believe would-be smugglers who promise them a new life in Western European countries,” the report said.

“Their journeys often end with being thrown out of a vehicle in a border region after paying their last cent to the smugglers. Hundreds have been swindled out of what little cash they have.”

Meanwhile, on the second and final day of the European Council meeting on October 25, Austrian chancellor Werner Faymann proposed introducing quotas for the distribution of refugees among EU countries, media reports said.

If each party is willing to accept some of the people, this would mitigate the severity of the problem, he said. He acknowledged that the process of coordinating such a decision would be complicated.

In Sofia, October 26 saw the next in a series of medical examinations of refugee children, at the Voenna Rampa refugee centre in the Bulgarian capital city.

The children were examined by paediatricians, ophthalmologists, surgeons and emergency physicians, as part of an initiative organised by the Do Good foundation at Alexandrovska Hospital in Sofia and the Shalom Organisation of the Jews in Bulgaria.

Five medical students and 10 volunteers from the Shalom organisation were assisting the medical doctors.

There are 350 refugee children at the Voenna Rampa shelter.

Significant numbers of the refugee children in Bulgaria have no parents with them.

The Bulgarian Red Cross continues to run its fundraising campaign to assist Syrian refugees in Bulgaria. For details on how to support the campaign, please click here. 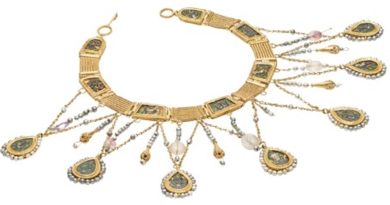