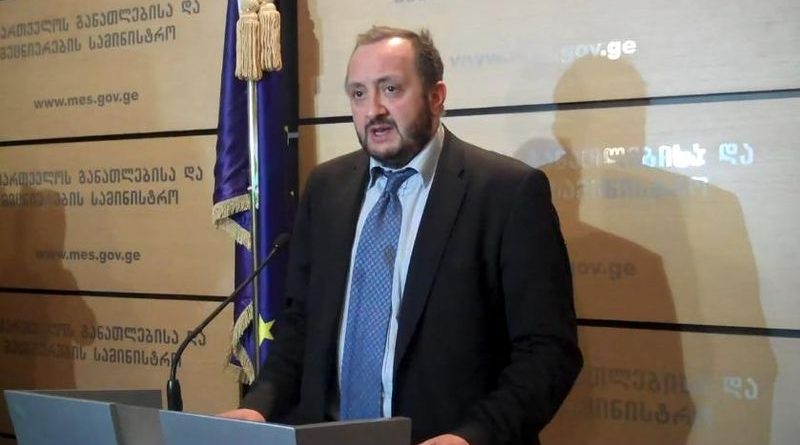 Voters in the Caucasus republic of Georgia are being called to vote in presidential elections on October 27 2013 to elect a successor to Mikheil Saakashvili, whose statutory two terms are up, and polls suggest that the winner will be Georgy Margvelashvili, ally of prime minister and leader of the Georgian Dream coalition, Bidzina Ivanishvili.

The Georgian Times reported that according to the Greenberg Quinlan Rosner research, if presidential elections were held today, 43 per cent of respondents would vote for Margvelashvili.

Among the other presidential candidates, United National Movement Davit Bakradze was a distant second at 23 per cent, the poll said.

A separate poll gave Margvelashvili 39 per cent, also placing him within the grasp of certain victory.

However, Ivanishvili has indicated that he will step down as prime minister following the vote, media report said. Media reports quoted him as saying that this move was intended to wean off Georgia off its political “Messiah complex”.

Margvelashvili’s main foreign policy goal is to pursue close ties with both the West and with Russia: “Our integration into Europe and Euro-Atlantic structures is (the) overall goal of our national foreign policy,” he said.

Euronews reported that after the October 27 elections, Georgia will undergo a constitutional reform to become a parliamentary state, meaning the new president will have less power than his predecessors, although formally remaining head of state and commander-in-chief of Georgia’s armed forces.

Georgia hopes to sign an Association and Free Trade Agreement with the EU at an Eastern Partnership summit in Vilnius on November 28 and 29.

To some, Saakashvili is the hero of the “Rose Revolution,” the man who stamped out corruption and raised the country’s international profile.

Others see him as an authoritarian leader who cracked down on dissent, persecuted his rivals, and thrust the small Caucasus country into a disastrous war with Russia.

On October 22, Ivanishvili said that Saakashvili could face prosecution.

In an interview with the Tbilisi-based Imedi TV, broadcast on October 22, Ivanishvili said the death of Prime Minister Zurab Zhvania in 2005 could be among multiple cases for which Saakashvili may be held responsible.

Ivanishvili declined to directly say if Saakashvili will face criminal proceedings, but he said he did not rule this out, RFE/FL said.