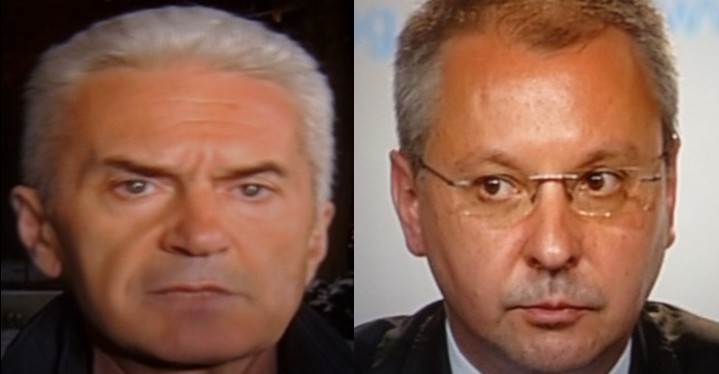 The Bulgarian Socialist Party (BSP) leadership will provide enough MPs to make up the numbers of a Movement for Rights and Freedoms challenge in the Constitutional Court to the vote in Parliament calling for an extension to 2020 on the moratorium on the sale of land to foreigners.

This emerged a day after the October 22 vote on the resolution tabled by ultra-nationalist Ataka leader Volen Siderov saw most of the BSP’s parliamentary group break ranks with party leader Sergei Stanishev by voting to support the Siderov move.

Approval of the resolution means that the Cabinet could be called on to come up with legislation that would run counter to the scheduled end, on January 1 2014, of the moratorium on the ban of the sale of land to foreign individuals and juristic persons.

That most of the BSP MPs voted in favour, 12 abstained and four voted against – this group also including socialist Speaker of Parliament Mihail Mikov – presented the spectacle of the parliamentary groups of the BSP and MRF largely at odds with each other.

This is notable because of the fact that since the May 2013 elections, in which the BSP ran second and the MRF third, the parties have been effectively in alliance in government, with Ataka generally acting to underpin this arrangement.

After the vote, in which former ruling party centre-right GERB also backed Siderov, the BSP sought to explain the variation in voting by saying that its MPs had been given a free vote on the issue.

But on October 23, unconfirmed reports emerged that the previous night Stanishev had gathered his MPs for a tongue-lashing.

Not only did the BSP run against it MRF ally, but also the vote – of questionable legality and constitutionality and certainly likely to be ill-received at the highest levels of the European Union – could probably prove an embarrassment for Stanishev, who also is leader of the Party of European Socialists.

With elections for the European Parliament coming up in May 2014, to be followed by the election of a new European Commission, Stanishev can hardly afford to be seen rubbing up his and Bulgaria’s European partners the wrong way.

To lodge a challenge in the Constitutional Court, the MRF would need 48 signatures of MPs. In an apparent damage-control exercise, the BSP has now signalled that it would provide some of its own MPs to add to their signatures to those of the MRF parliamentary group.

Whether the BSP manoeuvre will mollify the MRF, for now, remains to be seen.

MRF deputy leader Hristo Bisserov, who as Deputy Speaker presided over the part of the October 22 debate, said that the party would consider “very carefully” the position taken by the BSP, probably at a meeting of the MRF central council, the party’s highest body.

In turn, an attempted face-saving exercise by the BSP has other perils. With half the seats in the 240-member National Assembly held together by the BSP and MRF, and the other half held by GERB and Ataka, there have been a number of spectacles regarding the securing of a quorum for proceedings and in important votes.

The BSP can hardly afford to alienate Ataka (GERB leader Boiko Borissov likes to portray the BSP government as wholly dependent on Siderov), which partly can be the reason why the Siderov resolution made it on to the floor for debate at all. On the other hand, Ataka could have reason to fear early elections, given that all recent opinion polls by a range of agencies show Siderov’s party as having no chance to returning to a new Parliament.

GERB too has been out of character in allying with Ataka in the vote, after the campaign by Borissov and others in the party to label the BSP, MRF and Ataka as effectively a new version of the 2005/09 tripartite coalition.

GERB standing with Ataka could open Borissov’s party to charges of opportunism and hypocrisy, but nothing on the scale of the potential damage to Stanishev, who comes across as insufficiently in control of his MPs to prevent them committing a political blunder not only at Bulgarian but also European level.

On October 22, after the vote that endorsed the Siderov resolution, Ataka’s MPs rose as a body, punched their fists in the air and shouted “победа!” – victory. In the short term, it seems that only the ultra-nationalist party could rightly claim such a victory.