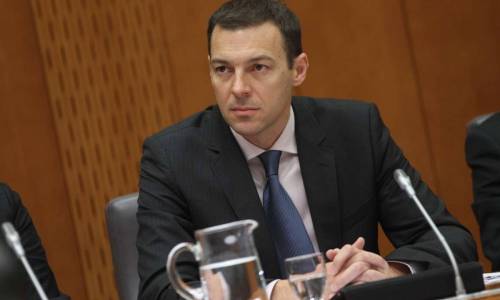 There is no doubt that a double-edged sword of Damocles is nowadays hanging over the Slovenian government of Alenka Bratušek, who needs to find a convenient solution in order to confront the financial crisis, which has been tormenting the country for the last months.

It is within this context, where Minister of Finance, Uroš Čufer, and Governor of Banka Slovenija, Boštjan Jazbec, met several groups of investors at the autumn meeting of the International Monetary Fund (IMF) and the World Bank ahead of a planned issue of new bonds in the first quarter of 2014.

Čufer faces a major challenge in his political career, as he knows that has to solve the financing issue and proceed in all reforms necessary to boost Slovenia’s economy. Speaking in Washington DC, on Saturday, he said that “the investors are well informed about the situation in Slovenia, which has improved a lot since the April IMF-World Bank meeting.[…] It is more or less clear we delivered on our promises”.

But the problem remains. The European Commission has already asked the country to proceed faster in restructuring its banking system and to begin immediately stress tests.