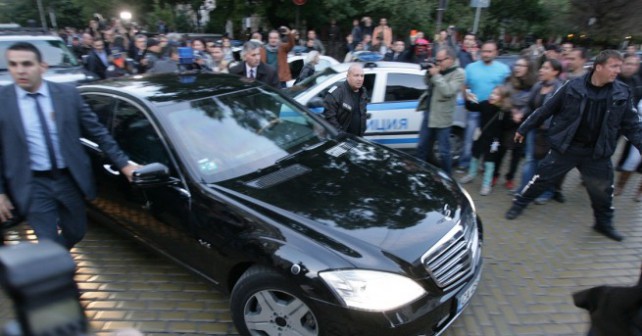 Sofia police have confirmed to local media that they are investigating who was involved in a blockade of convoy of Plamen Oresharski outside Sofia City Art Gallery, prompting the anti-government Protest Network to condemn the investigation as a violation of freedom of expression and repression of protesters.

The incident took place on October 8, a few hours after the outcome of a Constitutional Court case was that Delyan Peevski could sit in Parliament as an MP, in spite of an application to have his membership of Parliament declared unconstitutional because of his short-lived tenure as head of the State Agency for National Security.

The attempted blockade of Oresharski, appointed in May to sit in the prime minister’s chair in the Bulgarian Socialist Party government, was hastily arranged on social networks.

Police had to clear a way for the convoy as people sought to block the road, including by overturning refuse bins.

It was one of a series of incidents in which anti-government protesters have turned out at locations where Oresharski was scheduled to be present.

Local media said that police had formally requested photographs and video footage of the October 8 incident. There are Sofia municipal and police cameras in the area but these do not cover the entire area where the incident took place.

In an open letter to Tsvetlin Yovchev, Interior Minister and Deputy Prime Minister, the Protest Network said that the investigation into the incident was an action directly against freedom of expression of political opinion and was an act of repression of protesters.

The actions were aimed at the Interior Ministry directly intimidating anti-government protest, against all international standards and conventions on human rights, the letter said.

There had been no violence against Oresharski and his motorcade had not been damaged.

Everything that took place around the gallery was within the bounds of peaceful and non-violent protest “which irritates the government with persistent and uncomfortable questions”.

The letter said that for more than 120 days, citizens had been out on the streets, “openly, with their faces and names” but police were deployed with masks and without identity numbers, practices that are considered illegal and harmful to public order.

The Protest Network said that legal protection would be organised for every citizen or organisation investigated in the case. A team of lawyers was available to willingly help each peaceful protesters. The network said that it would approach international organisations and the media about the investigation.

The letter told Yovchev that the sad record of the largest deployment of police forces mobilised in defence of the most compromised Bulgarian parliament and government would remain in the history of the Interior Ministry, and tomorrow he would be ashamed of it. 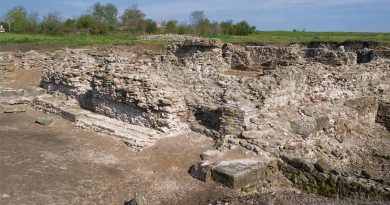 Archaeology: Ancient lamp in the shape of a dog found at Bulgaria’s Deultum Roman site