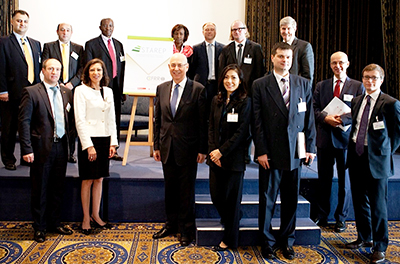 The World Bank launched on October 1 2013 a new programme to strengthen corporate financial reporting in the countries of the EU’s Eastern Partnership.

Senior officials from several countries of Eastern and South Eastern Europe, as well as representatives from the EU, other European countries and international bodies, gathered in Vienna in an inaugural conference to launch the initiative, the World Bank said in a media statement.

Countries participating in the new programme Strengthening Auditing and Reporting in the Countries of the Eastern Partnership (STAREP) include Armenia, Azerbaijan, Belarus, Georgia, Moldova, and Ukraine.

During the conference participants discussed how recent and prospective changes in international reporting standards and the international and European regulatory frameworks would affect their own plans for the reform of accounting and auditing.

Charles McDonough, Vice President and Controller of the World Bank, emphasised the need to continue improving the corporate sector financial reporting standards as a key tool for investment decisions. He highlighted the growing importance of audit regulation and the emerging role of integrated reporting.

Henry Kerali, the World Bank’s Regional Director for the South Caucasus, emphasised the contribution that effective financial reporting has made to raising the quality of the business environment in all the countries of the region. Good accounting and auditing systems have also increased transparency and thereby helped to reduce corruption.

STAREP, which is initially funded by the Austrian Development Agency (ADA) and Austria’s finance ministry, is designed to assist the participating countries to set up effective and sustainable frameworks for accounting and auditing that are in line with international standards and take account of the requirements of the EU’s system of law and regulations, the acquis communautaire.

Harald Waiglein, Austrian finance ministry director-general, said “The recent financial crisis has revealed the importance of effective systems of corporate financial reporting. The Centre for Financial Reporting Reform has been at the forefront of promoting corporate transparency and good corporate governance in a region vital to Austrian economic interests. For this reason, we are looking forward to continuing a successful partnership with this integral part of the World Bank’s Vienna Office and welcome the new STAREP programme.”

Anton Mair, Deputy Director General for Development Cooperation in the Austrian Ministry for European and International Affairs, pledged continued financial support to World Bank initiatives enhancing international financial reporting standards in the region, and emphasised their importance for integrating the economies of the countries of the Eastern Partnership more closely with Europe.

Samia Msadek, the World Bank’s Director, Operations Services and Quality, Europe and Central Asia, said that regional initiatives like STAREP were important in improving the business environment, especially for SMEs, in the countries of the Eastern Partnership and thanked both the Austrian government and the representatives of the participating countries for their commitment to reform. “STAREP represents an exciting opportunity for the countries of the Eastern Partnership to work together in building financial reporting systems conducive to private sector development and shared prosperity,” Msadek said.

STAREP will be managed by the Centre for Financial Reporting Reform (CFRR), the World Bank’s specialist centre in Vienna for providing knowledge and advisory services in implementing reforms to financial reporting.

The World Bank said that the new programme builds on the success of the CFRR’s programme for the EU candidate countries of South-Eastern Europe – the Road to Europe Programme of Accounting Reform and Institutional Strengthening (REPARIS).

The STAREP programme places as much emphasis on building the institutions that are needed to operate the new legislative frameworks effectively as it does on the design and content of accounting and auditing legislation.

Helping professional accounting and auditing bodies fulfill their roles in establishing professional entry standards and discipline and modernizing systems of professional education in the university sector and elsewhere form key parts of the new programme.

The programme also puts a high priority on learning from the experiences of other countries that are facing or have faced similar challenges in implementing accounting and auditing reforms, the World Bank said. 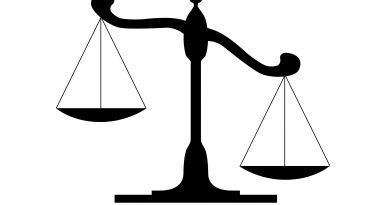