Simeon Dyankov, who served as finance minister and deputy Prime Minister in Bulgaria’s centre-right GERB government between July 2009 and February 2013, has been appointed rector of the New Economic School in Russia, while business school INSEAD has appointed Bulgarian economist Ilian Mihov as it dean.

“We expect him to bring more quality to our educational programs, gain momentum in our research projects and bring the international reputation of NES to a new level. We also look forward to the opportunity to scale up our relationships with the best universities of Eastern Europe and former Soviet republics,” the chairperson of the university’s board of directors, Maxim Boycko, said in a statement.

A private graduate school set up in 1992, the university has about 400 students and 72 members of faculty, including 55 full-time, according to information on its website. It also claims to be “ranked the best economics institution in the former communist countries in the research ranking by RePEc (Research Papers in Economics)”.

Dyankov, best-known as the lead author of a research paper on government regulation that provided the blueprint for the World Bank’s Doing Business Report, was last adjunct lecturer in public policy at the John F. Kennedy School of Government at Harvard University.

Mihov joined INSEAD in 1996, teaching macroeconomics and econometrics. He has served as deputy dean of faculty and research since 2011, as well as one of the two interim deans running the school since February.

“With his academic strengths, strong connections with business and governments, and his outreach to alumni, donors, faculty and staff, Ilian will draw the community together to develop a bold strategy for INSEAD’s future,” the chairman of the INSEAD board, Franz Humer, said.

Mihov came close to becoming a minister in the GERB government in January 2010, when then-prime minister Boiko Borissov announced that he would become a deputy PM without portfolio to strengthen coordination in the economic area. Borissov’s intention was opposed by his coalition partners at the time, with some media reports suggesting Dyankov was opposed to the move as well.

Dyankov was asked to resign by Borissov in February 2013 but Parliament never got to vote on the cabinet reshuffle as Borissov resigned as prime minister just days later, following protests against high electricity bills and the cost of living. 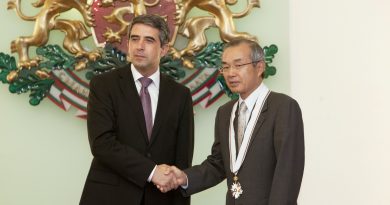 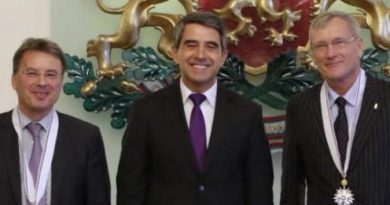