The vacillating position of the French ruling socialists on Romania’s and Bulgaria’s Schengen accession, ranging from utter support for a phased accession to complete rejection of such a perspective, caught Romanian counterparts unawares and left many in Bucharest despising France’s unscrupulous U-turn in such a serious matter.

In July, on an official visit to Bucharest, the French PM Jean Marc Ayrault assured his Romanian counterpart who belongs to the same European political family, social-democrat Victor Ponta, that Romania has made a lot of efforts and therefore it deserves to receive a positive signal from Europe by being gradually admitted into the Schengen area, with the air and sea borders first.

Three months later, the official rhetoric in Paris has changed dramatically. With plummeting popularity rates, French President Francois Hollande found in the Roma immigrants from the two candidate countries the perfect scapegoat to divert attention from home affairs. His government’s firebrand, the minister of the Interior, Manuel Valls, himself born into an immigrating Spanish family, launched a tirade against the Roma nomads in France and warned they have to be repatriated rather than encouraged to integrate on French soil.

Earthquake of 6.1 on the Richter scale shakes Crete 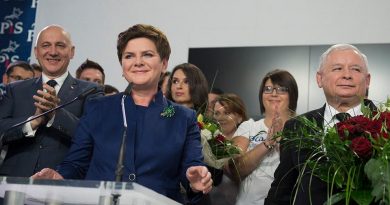