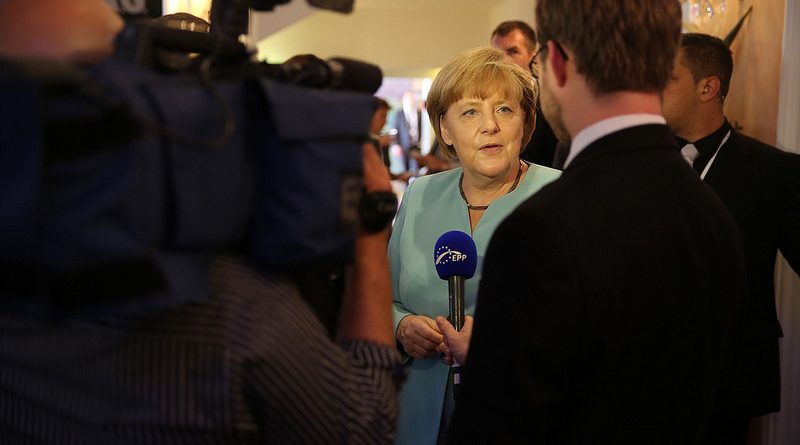 Germany will hold parliamentary elections Sunday, with current Chancellor Angela Merkel’s party riding high in the polls. Optimism over the economy appears to be working in her favor – with few other issues featuring on the campaign trail.

On the campaign trail, Angela Merkel’s supporters hold up banners saying simply “Angie.” Having ridden out Europe’s debt crisis, the German chancellor has built a loyal following – and she wants a third term in office.

We have had four good years, Chancellor Merkel told supporters, and we want a further four years so that we can say in 2017 that more people are doing well than they are today.

Her economic record should deliver a third term, says Simon Tilford of the London-based Center for European Reform.

“Lots of Germans who are quite critical of the eurozone’s handling of the crisis will, at the same time, give Merkel credit for limiting the damage to Germany,” said Tilford.

In southern Europe – and especially Greece – Germany continues to be vilified as the country that has forced austerity on the EU. Many Greeks single out Angela Merkel.

Unemployed Stratos Franzis says: “As far as the Greeks are concerned, her polices are negative and unbearable,” he said.

Lawyer Hera Arhountaki agrees. “They will look after Germany’s interests either way, not ours,” she said.

The EU has put off making many tough decisions until after the German elections, says Professor Michael Wohlgemuth, director of Berlin-based think tank Open Europe.

“It’s not just Greece; there’s also the banking union, where we need some decisions rather soon, you know, the single supervisory mechanism… and how to also do a restructuring of the many zombie banks that are most likely still around both in the periphery and in Germany and France,” said Wohlgemuth.

While EU partners Britain and France have been at the forefront of Western diplomacy on Syria, foreign policy issues have barely played a role in the German election, says Simon Tilford.

Many analysts say optimism over the economy is at the root of Germans’ apparent willingness to stick with the status quo.

Turkish leaders aim to turn Hagia Sophia back into a mosque