Sales of new car sales in Bulgaria added up to 12 905 from January to August 2013, about 4.4 per cent less than the same period in 2012, according to figures released on September 17 by the European Automobile Manufacturers Association.

Overall, the European Automobile Manufacturers Association showed a record-low performance for new car sales in the EU from January to August 2013.

After a five per cent increase in July, new passenger car registrations declined by five per cent in August in the EU. The month of July counted on average one more working day across the EU, while August totalled one less. Eight months into the year, demand for new cars amounted to 7 841 596 units, or 5.2 per cent less than in the same period of 2012.

In August, downturn prevailed across significant markets, resulting in an overall five per cent decline in the EU. The UK was the only major market to expand (10.9 per cent), while the German contracted by 5.5 per cent, the Italian by 6.6 per cent, the French by 10.5 per cent and the Spanish by 18.3 per cent. The EU, minus Malta for which figures were not available, totalled 653 872 new car registrations in the month of August.

From January to August, most major markets faced a downturn ranging from -3.6 per cent in Spain to -6.6 per cent in Germany, -9 per cent in Italy and -9.8 per cent in France. The UK was the only one to perform better than in the first eight months of 2012 (10.44 per cent). New registrations fell by 5.2 per cent over the period this year, totaling 7 841 596 units, representing the lowest January to August level ever recorded, the European Automobile Manufacturers Association said. 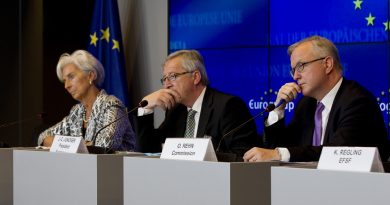