A huge bush fire was burning near the Bulgarian town of Svilengrad close to the Turkish border, public broadcaster Bulgarian National Television said on August 23 2013.

Firefighting teams had worked through the night to battle the blaze, near the Svilengrad villages of Ravna Gora, Studena, Sladun, Mustrak and Michapich, but to no avail, the report said.

The ring of fire already covered about 5000 acres of coniferous and deciduous forests, vineyards and dry grassland.

About 60 firefighters with 15 fire engines were deployed along a nine km front of the fire.

Efforts were to be made to cut new firebreaks with the aim of containing the fire by the end of the day.

There was no danger to the villages, although the fire had come close to housing in Ravna Gora before being stopped. There was no need currently to evacuate the population, the report said. 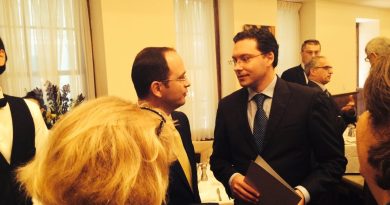