In recent years Turkish Prime Minister Recep Tayyip Erdogan has extended his country’s influence well beyond its borders. With a booming economy and a foreign policy based on “zero problems” with its neighbors, the Turkish prime minister’s strategy of using soft political and economic power to extend his country’s influence across the Middle East appeared to be a success.

But now problems are piling up and some analysts say the post-Arab Spring period is becoming increasingly unnerving for Erdogan and his Turkish allies.

The latest problem for Turkey’s ruling Islamist party is the collapse in relations between Cairo and Ankara since the fall of president Mohamed Morsi, Egypt’s first elected Muslim Brotherhood president and a key ideological ally of the Turkish prime minister. Erdogan’s Justice and Development Party (AKP) served as a role model for Egypt’s Muslim Brotherhood as it engaged in electoral politics.

The military ouster of Morsi on July 3 has undermined what was emerging as one of the strongest partnerships of the post-Arab Spring period. “Egypt, a core Arab country, was considered a main pillar in Turkey’s regional strategy to project both its Islamist ideology and its political influence,” according to former senior Arab League official Nassif Hitti.

The close ties between Cairo and Ankara are now over. On July 30 – for the second time this month – Egypt’s Foreign Ministry summoned Turkey’s ambassador to complain about Turkish interference in Egypt’s domestic affairs.

The immediate cause of Egyptian wrath, experts believe, is the harsh non-stop criticism by Turkish leaders condemning Morsi’s ouster, which they insist was a coup and not the expression of the popular will of the people. Erdogan has delivered more than a dozen speeches slamming the military overthrow of Morsi and has demanded the ousted Egyptian president’s release from captivity.

Earlier this week Erdogan lashed out at the West for a “weak response” to the killing in Cairo earlier this month of several dozen pro-Morsi demonstrators. Brotherhood members hold the security forces responsible for their deaths. “Those who remain silent when Egyptians’ national will was massacred now remain silent again as the Egyptian people are being slaughtered,” he said. “I’m asking where is Europe, and what happened to European values? Where are those who go around giving lessons in democracy everywhere?

But Hitti believes Erdogan’s ferocity is more an expression of his frustration with the problems besieging Turkey and at the upending of a strategy that was bearing fruit and allowing Ankara’s regional clout to increase. “The ouster of the Muslim Brotherhood regime in Egypt resulted in both a strategic and an ideological blow to Turkey,” he argues.

The clash with Egypt comes at a bad time for Erdogan and his foreign policy ambitions.The civil war in neighboring Syria is encouraging Syrian Kurds to plan for an autonomous Kurdish state in northeastern Syria. Turkey, which has a large Kurdish population of its own, worries hard-line Turkish-Kurdish separatists, may as a consequence try to derail Ankara’s efforts to conclude a peace deal with Abdullah Ocalan, the imprisoned leader of Turkey’s separatist Kurdistan Workers Party.

And at home, Erdogan has faced challenges and widespread criticism for his handling of the Gezi Park protests.

Until Morsi’s fall, the AKP-ruled Turkey appeared to be one of the big winners of the Arab Spring. Emboldened Islamists across the Middle East and North Africa, including Libya and Tunisia, looked to Turkey as an example – a country run by Islamists but also democratic at the same time. That, in turn, extended Turkish influence.

Erdogan’s government has also been astute in mixing politics and business. Post-Gadhafi Libya was a prime example of that with Turkish companies eager to play a big role in any rebuilding of the country.

More than 3,000 Turkish nationals evacuated Libya when the uprising against Col. Moammar Gadhafi erupted in February 2011, and the Libyan debt owed to about 100 Turkish firms was estimated at $20 million. The Ankara government mounted a concerted campaign to get its businessmen, mostly in the construction sector, to be paid ahead of those from other countries and it worked.

In testimony to emerging Turkish power, Libya paid this year about half the outstanding contract payments owed to Turkish firms, prompting envious praise from Richard Griffiths, president of the American Chamber of Commerce in Libya, for Turkey’s smoothness in combining political and business influence. “When there is a delegation or trade show or event, you will always find the largest group are the Turks and frankly they are the ones who are reaping the rewards for it,” he said.

For the AKP, Egypt was a cornerstone partner in its wider foreign policy, something readily admitted by Turkey’s foreign minister, Ahmet Davutoglu, who before Morsi’s fall described Egypt as the “spine” of every development in the Middle East.In recognition of Egypt’s importance, Erdogan’s government invested not just politically in the Muslim Brotherhood-run country but financially too, with $2 billion of various forms of assistance as well as $250 million in credit to help Egypt buy Turkish military equipment. The Turkish government signed more than three-dozen cooperation agreements with Egypt ranging from trade to energy, technology to banking.
.
On July 30, Ankara denied reports that it was suspending defense cooperation agreements with Egypt but it isn’t clear that the Egyptian military will want to go ahead with them, if the Erdogan government prolongs its barrage of condemnation of the overthrow of Morsi.

Writing in Lebanon’s As-Safir newspaper, analyst Mustafa al-Labbad argues that the “new Egyptian rulers consider Turkey to be a regional competitor, not a strategic partner.”

The cleavage between Ankara and Cairo is likely to widen, say analysts, if Erdogan continues to upbraid the Egyptian military and elects to confront it rhetorically. This in turn could give Gulf States opposed to the Muslim Brotherhood, and keen to shape the post-Arab Spring more to their liking, an opening in Egypt. 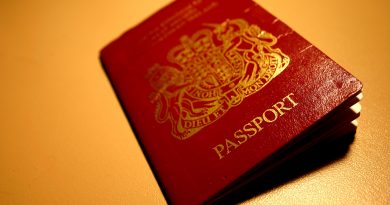