In his first appearance in Parliament for several weeks after a prolonged boycott of its sittings his party, Bulgaria’s former prime minister Boiko Borissov has lashed out at the government for its response to the weeks of anti-government protests that have included a night on which police and protesters clashed.

Borissov was in power from 2009 until March 2013, stepping down ahead of the scheduled end of the term of office of his centre-right government when February cost-of-living protests resulted in an incident of violence in capital city Sofia.

He contrasted his decision then with the current refusal of the Bulgarian Socialist Party government to leave power in spite of daily demands by many thousands of Bulgarians for it to step down, and in spite of the July 23 clashes that left about 20 people, including police, injured.

“You used to call me a dictator, while now you are the ones to smear the streets of the Bulgarian capital city with blood,” Borissov said, addressing himself to those on the government benches, ahead of a first-reading debate on controversial amendments on Budget 2013 – the reason that Borissov’s party GERB had broken its boycott of parliamentary proceedings.

He cited a report in the July 25 edition of mass-circulation daily Trud, which contrasted what Borissov and leading figures in his government, along with Bulgarian Socialist Party leaders, had said at the time of the February protests.

“I am convinced that if you do not listen to the voice of the people, who do not like you – and there are many of them – you will bring the country into a heavy situation,” Borissov said.

Addressing himself to Plamen Oresharski, who in May was placed in the prime minister’s chair in the Bulgarian Socialist Party government, Borissov said, “you still have a chance to hold on to your place as a respected person, financier and economist among most of the people in Bulgaria”.

“It is up to you to decide which road you should take. Back in February, when people protested against our government, I handed in my resignation without asking anyone. Dignity is above all else,” Borissov said.

“As to the matters that Parliament is to discuss today, we have enough well-founded statements to explain to people why we are against. I only ask you to show some wisdom and simply tell you that staying in power at any cost does not justify anything. We need snap elections and then wider representation in the Parliament, and then, if we are wise enough, we will form a government to normalise the situation in the country,” Borissov said.

He said that if the current government persisted on the path it was taking, it would oblige its successors to have to take unpopular measures.

“I will remind you one more time – in February my government resigned. Back then the protest was over the electricity prices in Bulgaria. Now, the government is boasting that it has cut the prices. In fact, they did not cut anything because they are obliging the next governments to carry out unpopular measures, which will have to be taken. That is why they adopted the Green Energy Act in such a criminal way,” Borissov said. 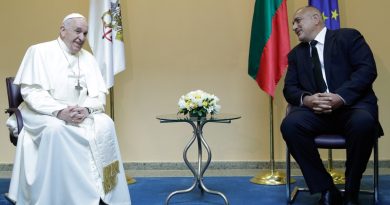