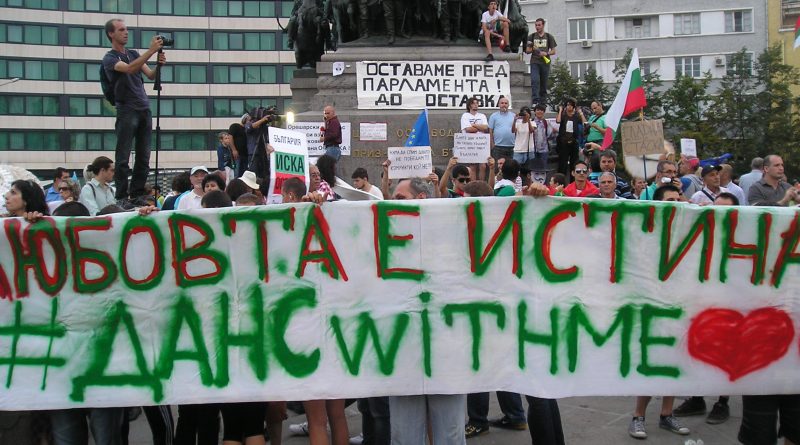 Internet activists among Bulgaria’s anti-government protesters, who on July 22 enter the 38th consecutive day of demands for the Bulgarian Socialist Party government to resign, have launched their own information service about what is happening in the protests.

The site, noresharski.com, was scheduled to be active from July 21. It takes its name from Plamen Oresharski, occupant of the prime minister’s seat in the government that was formed in May and that, working together the Movement for Rights and Freedoms and Ataka, embarked on the abortive appointment of Delyan Peevski as head of the State Agency for National Security that unleashed widespread anger and the continuing daily peaceful protests.

The site said that it had no sponsors or political ties. Those involved included people with media experience, devoting their time with the project to prevent interference by the government in the Bulgarian media covering the protests freely and honestly. 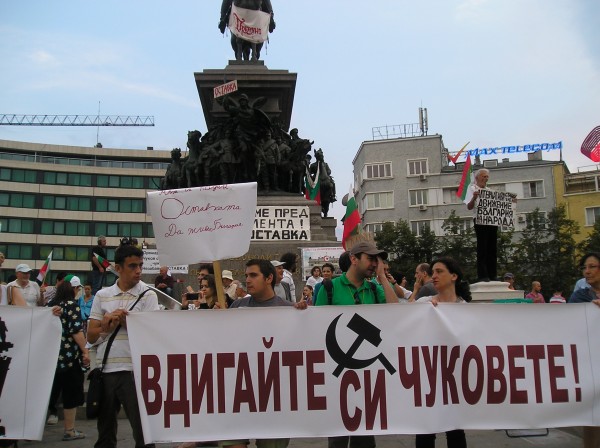 The site would organise news conferences on various topics related to the government and the protesters, its organisers said.

The weekend of July 20 and 21 saw further turnouts in capital city Sofia, with some variations in routes as protesters embarked on, among other things, symbolic bypasses of the central railway station and other key points in the city. 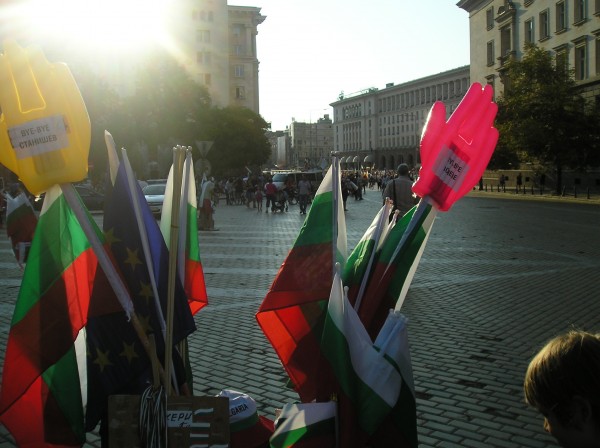 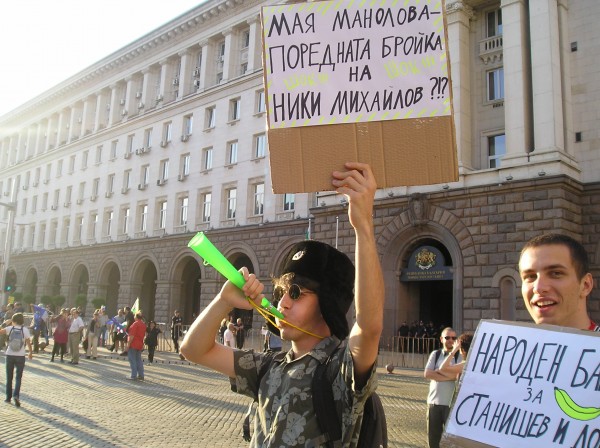 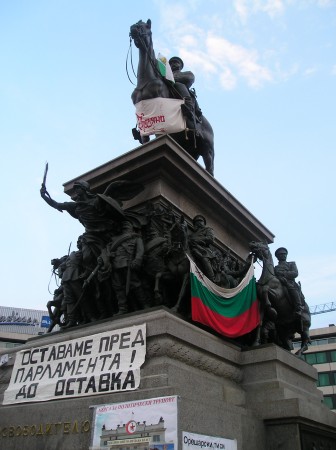 As has become customary, estimates of turnout by the Interior Ministry and by the protesters themselves varied widely.

In spite of the continuing apparent waiting game, with the government insisting that it would not resign and seemingly expecting that the height of the summer holiday season would dissipate the protests, the protesters continued to insist that they would not tire in their campaign. 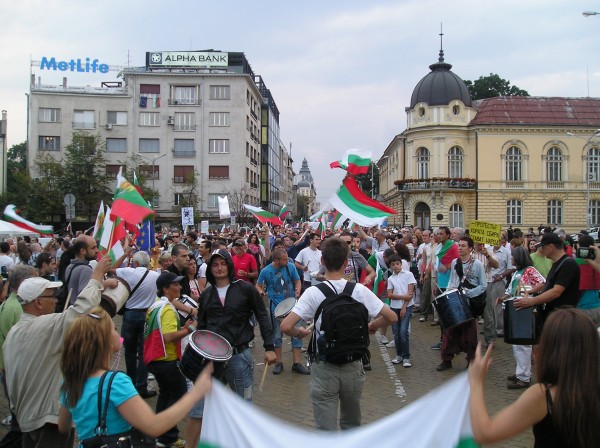 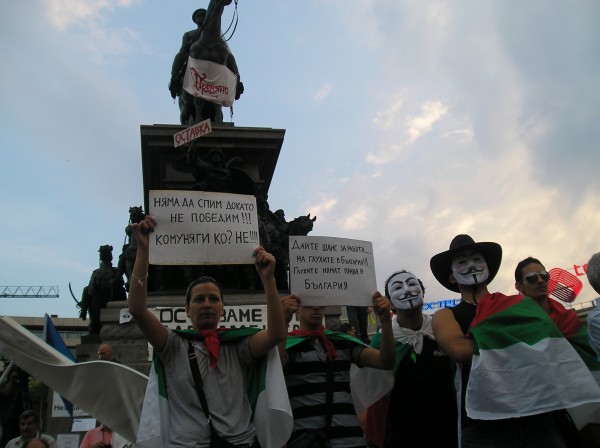 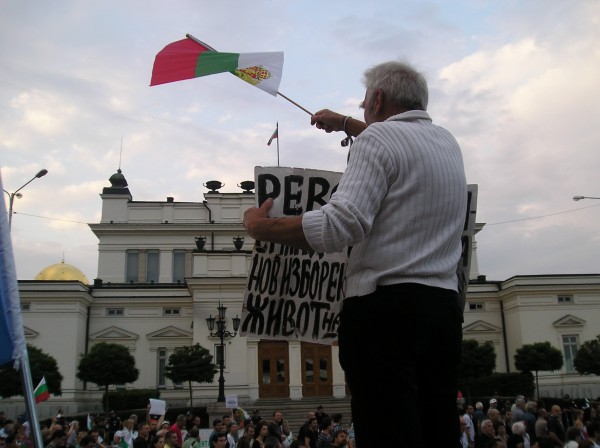 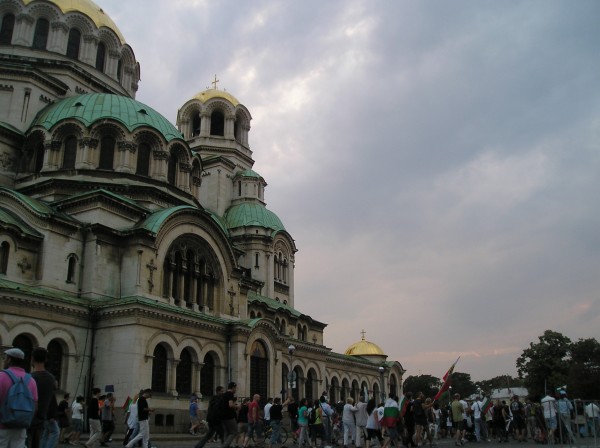 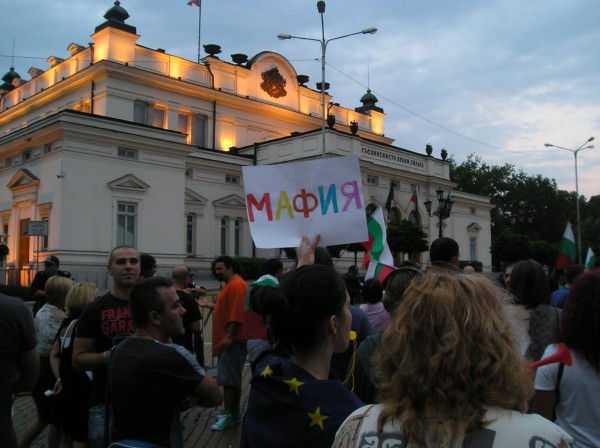 Meanwhile, pro-government protesters continued their own demonstrations, elsewhere in Sofia, drawing a reported daily average of 100 people. This group planned to picket the French embassy on July 22 in protest against the joint statement made by the ambassadors of France and Germany on the protests, an event planned in response to the march by several thousand people outside the French embassy on Bastille Day to hail the stance taken by the ambassador. 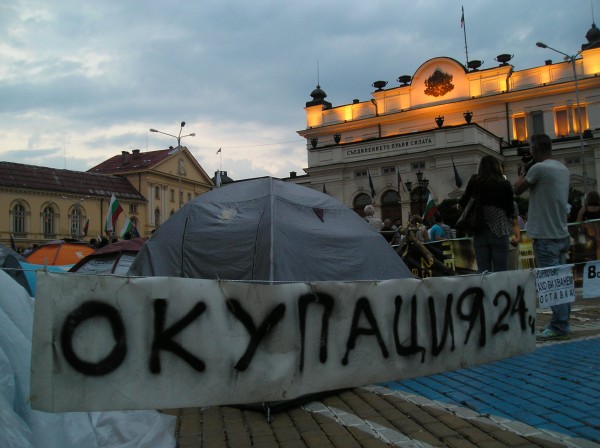 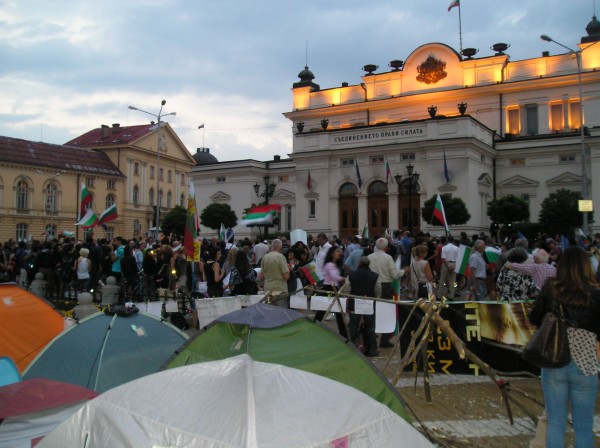 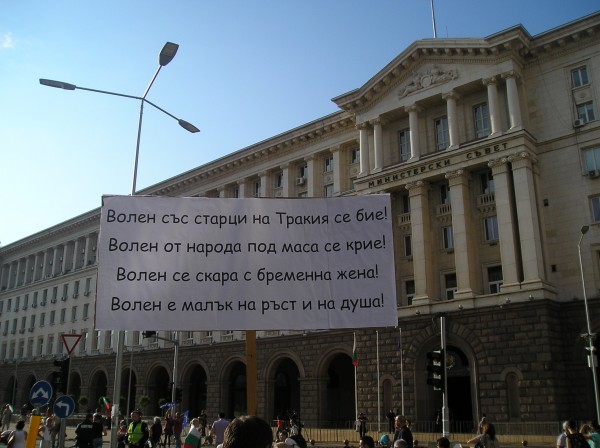 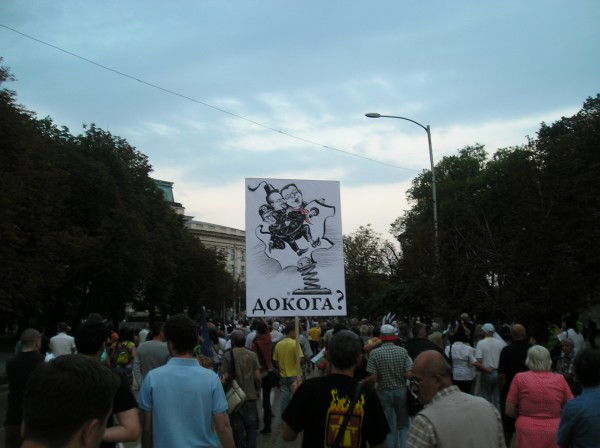