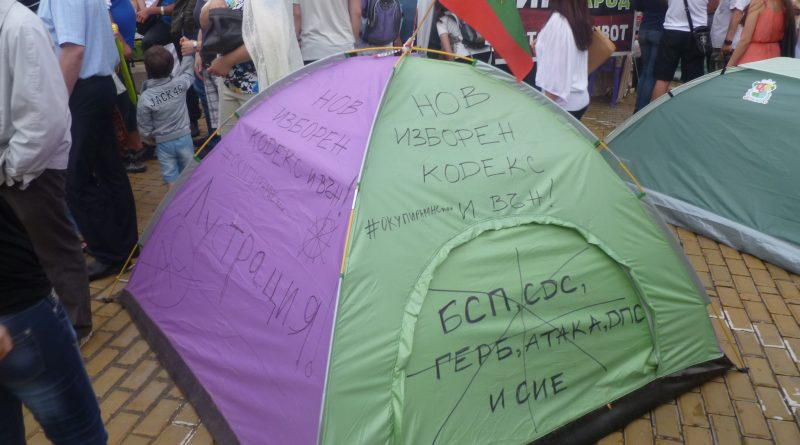 Tent camps, albeit individually on a small scale, are becoming the new trend in Bulgaria’s anti-government protests.

In Sofia, two small tent camps have been set up, one opposite Parliament and the other at Eagle Bridge.

These are linked to the protests demanding the resignation of the Bulgarian Socialist Party government and electoral and constitutional reforms. On June 25, the protests, directed against the BSP, Movement for Rights and Freedoms and Ataka, entered their 12th day.

Elsewhere in the Bulgarian capital, there remains a relic of the February 2013 protests that were mobilised around high electricity prices and ultimately precipitated Boiko Borissov’s resignation as prime minister after those protests saw an episode of violence – the small cluster of tents set up by Yanaki Ganchev, self-styled leader of the “Eagle Bridge” protest group of the time.

In Plovdiv, the municipality has given permission for the erection of a tent camp in front of the regional administration, where protesters have been gathering regularly not only to demand the resignation of the government but also the newly-appointed regional governor, Ventsislav Kaymakanov.

In the city, more than 2500 people have in the past three days signed a petition demanding the resignation of Kaymakanov and the current occupant of the prime minister’s chair, Plamen Oresharski.

The town of Blagoevgrad also has seen its own tent camp, part of a protest demanding the resignation of newly-appointed regional governor Musa Palev. Local media said that in the town, traditionally something of a BSP stronghold, those objecting to the appointment of a governor from the MRF included members of the socialist party.

Tent camps have a notable precedent in Bulgaria’s modern history, after the large-scale City of Truth tent camp that was set up in central Sofia in 1990 as part of a protest to demand the ouster of the socialist government of the time. 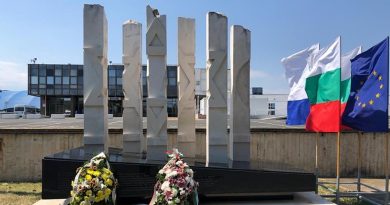 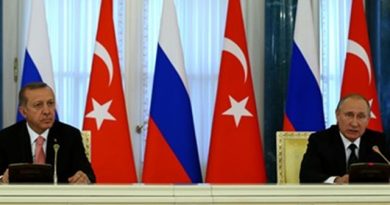 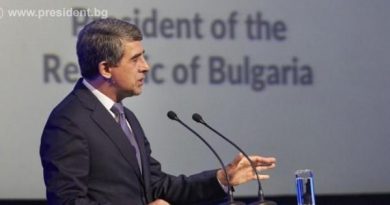