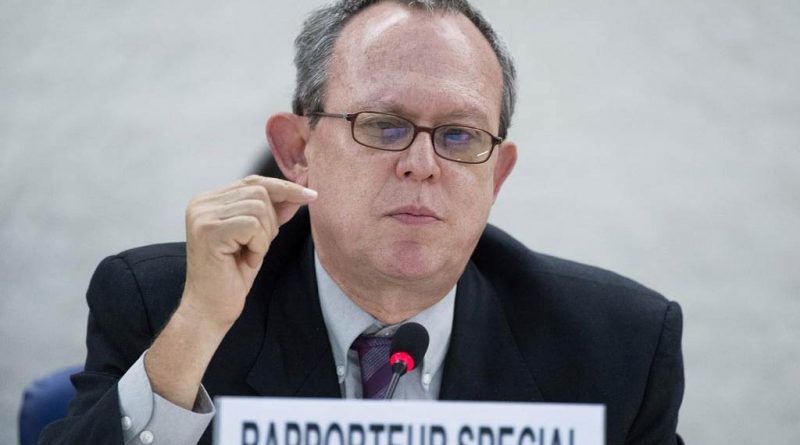 Macedonia must allow space for critical media, Frank La Rue, UN special rapporteur on the rights to freedom of expression said on June 21 2013, saying the closure of a television station and some newspapers in 2011 sends worrying signals about free expression in the country.

“I am deeply concerned by the use of multiple legal instruments limiting the space for an independent media, silencing important critical voices,” La Rue said.

Back from a four-day visit to Macedonia at the invitation of the government, La Rue said he is concerned about “diminishing space for critical media” given the closure of A1 TV station and four newspapers, and the detention of Tomislav Kezarovski, a journalist from the Nova Makedonija daily detained for 30 days in relation to an article he wrote in 2008.

He said that investigative journalists and media groups are under pressure in their reporting.

“Civil defamation lawsuits continue to proliferate, putting a serious burden on the functioning of some critical media groups who seem to be recurrently targeted by these actions,” La Rue said, quoted by the UN News Centre.

He commended the country for its recent decriminalisation of defamation and said he was “glad” to hear that the government is fully revising the first draft of the Law on Media and Audiovisual Services presented last month.

“Such an important law must never be designed and adopted without proper consultation with civil society, including in particular journalists associations and human rights organizations,” La Rue said.

La Rue also emphasised the importance of cultural diversity in the media, noting the importance of different communities to have channels through which to express themselves and exchange information in their own languages.

He also raised concerns about recent attacks against the lesbian, gay, bisexual and transgender community (LGBT), and noted that the government has said it intends to revise the Criminal Code to address concerns that its provisions relating to hate speech.

Greece open to credit line from its lenders