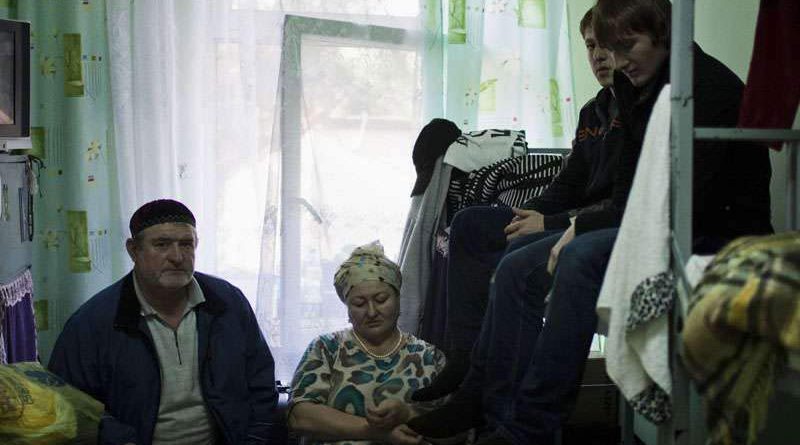 Homelessness and the threat of homelessness are two of the most serious conditions affecting refugees and asylum-seekers living in Poland, Bulgaria and Slovakia, according to a report released on June 7 2013 by the UN High Commissioner for Refugees (UNHCR).

Where is my home?, a collection of three studies on housing issues and homelessness among refugees and asylum-seekers in the three countries, is part of a regional initiative by UNHCR in central Europe and is based on research conducted in 2012.

The study found that up to 10 per cent of people receiving international protection in Poland are “living in extreme homelessness” – without a roof over their head. Between 30 and 40 per cent are categorized as “living in housing exclusion” – sheltered, but without permanent accommodation. Only 20 per cent of Poland’s asylum-seekers and refugees are living in “secure and adequate” housing conditions.

“The refugee housing crisis in Poland is caused by shortcomings in the integration process and policies that limit the ability of asylum-seekers to find jobs,” Adrian Edwards, a spokesperson for the agency, told reporters in Geneva, the UN News Service reports.

The report recommends that refugees in Poland be given greater financial assistance during integration, that they be assisted in finding their first home, and that the State increase the availability of temporary accommodation for refugees who are in the process of integrating, also known as “bridge housing.”

In Bulgaria, researchers identified homelessness as a threat at every stage of the asylum process, Edwards said.

“In addition to discovering homelessness among newly arrived asylum-seekers, researchers found at least one example of a fully integrated refugee who was destitute and living on the street.”

A major cause of homelessness in Bulgaria is due to the policy of prolonged detention, says the report. In order to be released, many asylum-seekers falsely declare that they have accommodation elsewhere, but are unaware that these declarations make them ineligible for further State protection.

Researchers in Slovakia found that the country’s official integration centre, a 10-flat complex situated in the city of Zvolen, was empty at the time of the study and had not been occupied by asylum-seekers since 2011. Similarly, nine low-rent apartments in Bratislava earmarked for refugee accommodation were unavailable for occupancy at the time of the study.

In 2011, 491 foreigners applied for asylum in Slovakia. Only 12 asylum applications were granted and 91 people were given subsidiary protection. Seven refugees achieved Slovak citizenship.

This record improved in 2012, according to the Slovak Ministry of Interior, with 32 foreigners given asylum out of 732 applications, and subsidiary protection granted to 104 people. No refugees were granted citizenship in 2012.

The studies were conducted as part of UNHCR’s mandate to promote refugee integration in host countries, and to monitor integration issues such as housing, employment, education and public attitudes towards foreigners and asylum-seekers.

Similar research is under way in Romania, Slovenia, Hungary and the Czech Republic.

(A homeless family from Chechnya at a reception centre in Linin, Poland. Photo: UNHCR)

More than 20.9 million tourists have visited Greece so far in 2018