European Commission’s spring forecast for the EU economy, released on May 3, projected a recovery from recession for the bloc as a whole in the second half of 2013. In Bulgaria’s case, however, the economic growth forecast was lowered to 0.9 per cent this year, compared to 1.4 per cent projected in the 2012 autumn forecast.

Assuming that policies preventing a renewed intensification of the sovereign-debt crisis are implemented, the improved public consumption and investment will spearhead the recovery, which is expected to result in 1.4 per cent gross domestic product (GDP) growth in the EU and 1.2 per cent in the euro zone in 2014, the European Commission said.

EU member states were making progress in reducing external and internal imbalances, but the recovery was seen as too slow to make a serious impact on unemployment, which in turn was expected to weigh on private consumption.

“In view of the protracted recession, we must do whatever it takes to overcome the unemployment crisis in Europe,” economic and monetary affairs commissioner Olli Rehn said in the statement.

In Bulgaria’s case, the fragile external environment – the EU is Bulgaria’s biggest trade partner by far – and the weak labour market have dragged down economic growth in the first months of the year.

Contrastingly, political instability – nationwide protests, the fall of the Boiko Borissov cabinet and the early elections on May 12 – are set to have only a limited impact on economic growth, the EC said.

Despite continued growth even at a time when the EU as a whole is in recession, Bulgaria’s labour market has remained “remarkably weak”, the EC said.

“Given the relatively weak economic recovery in 2013, employment is projected to fall by a further two per cent in the current year, but stabilise in 2014. Unemployment has increased less than the sharp decline in employment would suggest. This is explained by a contraction in the working-age population due to unfavourable demographic trends and emigration,” the EC said.

Despite high unemployment, average wages have continued to increase, albeit slower than in previous years – mainly because of general EU convergence and because of “labour market mismatches”.

However, stable global energy and food prices, alongside utility price cuts earlier this year, offset wage growth and harmonised inflation (the indicator calculated for comparison with the rest of the EU) was expected to fall to two per cent in 2013 from 2.4 per cent last year. 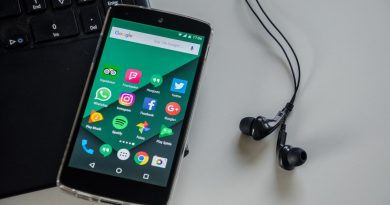