Freedom House, an independent watchdog dedicated to expanding freedom around the world, has released its annual report on global press freedom ahead of World Press Freedom Day on Friday. Media and press freedom have declined in several areas across the globe.

Just one out of six people across the globe enjoyed a free press last year. Freedom House President David Kramer says the global decline in press freedom is a huge concern.

The report says the percentage of people enjoying a free media environment fell to its lowest point in more than a decade due to repression by authoritarian regimes, political instability and threats from radical Islamists.

Mansour Ali is a reporter in the tribal areas of Pakistan, one of 64 countries the group says is “unfree” for media.

“Security is the foremost problem, because just two days ago my colleague was injured in a suicide attack and another was killed,” Ali said.

Mali, once Africa’s freest media environment, suffered the year’s biggest decline in press freedom. It slid from a “free press” nation to one of 70 “partly free” countries following a military coup and the capture of its northern half by Islamist militants.

In Europe, Greece also slid into the partly free category. Its economic troubles led to widespread staff cuts in the media and closures.

In the Middle East, Libya and Tunisia retained gains in press freedom won during the Arab Spring revolts.  But in Egypt the media environment declined and is now described as unfree.

Karin Karlekar of Freedom House, says many factors are behind Egypt’s decline.

“Partly it was the new constitution, which was worrying in terms of the provisions for freedom of expression, the polarization of the media after the president’s election and the very high levels of attacks and harassment of journalists, particularly by Islamist groups,” Karlekar said.

Despite the declines, the report noted improvement in some countries, including Burma.

“Compared to where it was two years ago, it has been a huge improvement, and so in that regard I would say it is a model for other repressive governments,” Karlekar said. 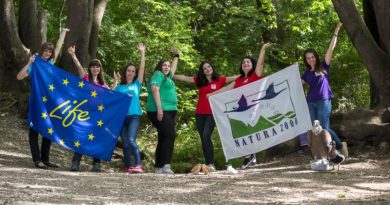