Findings from European police agency Europol’s latest strategic analysis product – the 2013 EU Terrorism Situation and Trend Report – show how the total number of terrorist attacks and related arrests in the EU significantly increased in 2012, in contrast to previous years.

This and other findings in the report describe a threat from terrorism that remains strong and varied in Europe. It continues to evolve from one posed by structured groups and networks to smaller EU-based groups and solo terrorists, while the internet remains a key facilitator for terrorism-related activities.

The terrorist bomb attack at Bourgas airport in Bulgaria, and the shootings by a lone gunman in France, claimed the lives of 14 people in 2012 and illustrate the serious threat that terrorism poses to the European Union and its citizens, Europol said. Three other citizens also lost their lives to terrorism in 2012, in separate attacks in Belgium, France and Northern Ireland.

Meanwhile, increasing numbers of radicalised EU citizens travelled to regions of conflict to engage in terrorist activities. “There is growing concern about the threat posed by these people, given the possibility of their returning to the European Union intent on committing acts of terrorism”, says Rob Wainwright, Director of Europol. In this respect the developments in the Sahel region are of major interest to the security situation of the EU.

* 17 people died as a result of terrorist attacks in the EU.

A number of firearms-related incidents occurred across the EU in 2012, the most prominent of which involved a religiously inspired solo terrorist, who shot and killed seven people in France. In the course of separate investigations, weapons and ammunition were also found with other religiously inspired cells in 2012. Furthermore, fatal and non-fatal shootings have been carried out by separatist terrorists and anarchists.

The internet remains an essential communication platform for terrorist organisations and their sympathisers, enabling increasingly wide-spread access, anonymity and connection to a global audience that can be addressed in a targeted way, Europol said.

The rapid development of social media on the internet has provided new opportunities for instant and personalised access to supporters as well as potential recruits for terrorist groups, the police agency said.

“The fight against terrorism remains a top priority for the European Union and for Europol. We will continue to play a key role in combating organised crime and terrorism, using our unique information capabilities and expertise to support the competent authorities of the EU member states,” Wainwright said.

The TE-SAT is a public report produced by Europol on the basis of information provided and verified by the competent law enforcement authorities in the member states of the EU. The arrests and terrorist or violent extremist incidents that took place in the EU, as referred to in this report, are those that EU countries have reported to Europol for the purposes of the TE-SAT.

(Photo, of the aftermath of the terrorist attack against Israelis at Bulgaria’s Bourgas Airport: Interior Ministry) 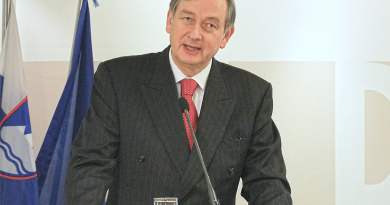