In a taped television address Wednesday, Mr. Hollande said he would introduce legislation requiring government ministers and members of parliament to declare and publish details of their personal wealth, and would take steps to strengthen the independence of the judiciary.

He also said that public officials convicted of fraud or corruption would be permanently banned from holding public office.

On Tuesday, Jerome Cahuzac, who resigned as budget minister two weeks ago, was formally charged with “laundering the proceeds of tax fraud” after admitting he had held an undisclosed Swiss bank account containing some 600,000 euros ($770,000).

Cahuzac, who had previously denied the charges, said he had the account for around 20 years.

France is not the only European country currently embroiled in a high-level corruption scandal.

Spain’s Princess Cristina was named Wednesday as a suspect in a corruption case against her husband , who is accused of involvement in the embezzlement of million of euros in public funds through a charity he headed. 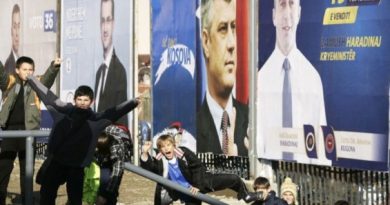 Greece gets reprieve but difficulties far from over