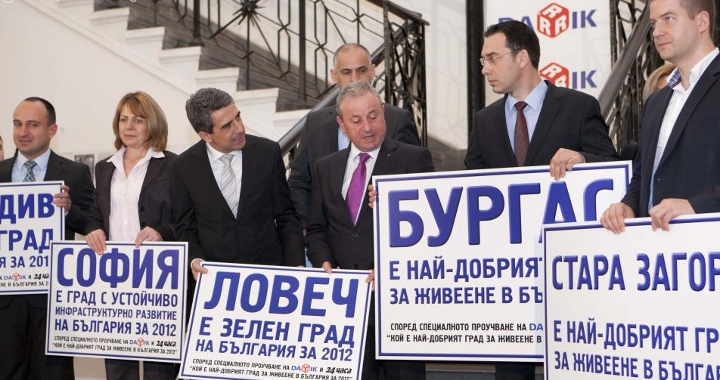 Bourgas was hailed as the best city to live in Bulgaria for 2012, in a poll organised for the sixth year running by Bulgarian broadcaster Darik Radio and 24 Chassa newspaper.

The city won the vote despite making headlines for the wrong reasons – as the site of the terrorist attack that killed five Israeli tourists and a Bulgarian bus driver in July, and again in October, electricity power substation in a residential building exploded, wrecking apartments and shops and damaging nearby cars.

A total of 27 towns were included in the selection process, which were evaluated under 29 different criteria. Bourgas scored very well in measures such as “foreign investment”, “unemployment”, “stray dogs”, “free wi-fi access”, “shopping” and “proximity to resorts”. It scored poorly on several others, however, including “car crime” and “pollution”.

It was the second time that Bourgas won, having done so before in 2010. Capital city Sofia, which won the award last year and in 2009, was second and Blagoevgrad came in third again. The city that won the first two editions of the poll (in 2007 and 2008), Varna, was fourth.

The worst three urban areas in Bulgaria, according to the poll, are Silistra, Vidin and, finally, Turgovishte, falling in last place.

(President Rossen Plevneliev, third from the left, hosted the awards ceremony held at the National Archaeological Museum in Sofia on March 20. Photo: president.bg)

EC opens infringement proceedings against Bulgaria on open data use