Employees of Sofia’s traffic police department accept from 50 to 500 leva (about 25 to 250 euro) for various “special services” involving looking the other way in cases such as unroadworthy vehicles, a March 8 2013 report by mass-circulation daily 24 Chassa said.

Technicians accepted bribes to close their eyes when registering vehicles that failed to meet technical requirements, had false documents, already had been officially scrapped or had other problems, the report said.

The tariffs for bribes had been established by Interior Ministry investigators as they monitored traffic police officials suspected of corruption.

A few weeks ago, three people were arrested – a technician, a traffic officer and a mediator.

In some cases, traffic police earned 10 times their minimum salary of 450 leva in kickbacks, the report said.

The “fees” were lowest for technical shortcomings in cars and the highest for turning a blind eye to technical faults in buses. Minor matters, such as a cracked windscreen, cost about 40 leva, of which half was paid by the traffic official to a mediator.

But prices doubled for registering a car imported from the UK, for instance involving the acceptance of bribes to ignore the fact that lights did not meet Bulgarian requirements.

Other big-ticket items included documentation for cars already written off or the deletion of a previous engine number.

Another instance investigated by officers working undercover involved acquisitions to the meet the requirements for an EU project that the applicant have buses no older than five years. It cost 2000 leva to dip the 10-year-old vehicles actually bought into the fountain of youth and re-register them as being half their real age.

The report said that in one case, an arrest resulted from an investigation into a traffic police officer who, on a salary of 450 leva, had a 5-series BMW and the latest iPhone. Colleagues tipped off investigators.

The investigation followed schemes and abuses not only in Sofia but also in Varna, Bourgas and Silistra. Usual practice for corrupt traffic police was not to accept money directly but to work through an intermediary.

Investigators found that the usual first acquisition made by traffic police on the take was an expensive car, with the precaution of registering it in someone else’s name, but the habit of arriving for work every day in a flashy car tended to make superiors suspicious, the report said. A more recent trend was the purchase of expensive luxury wristwatches. 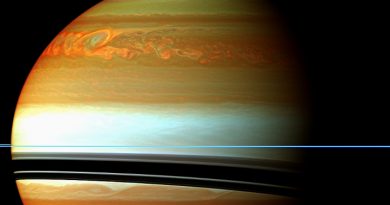