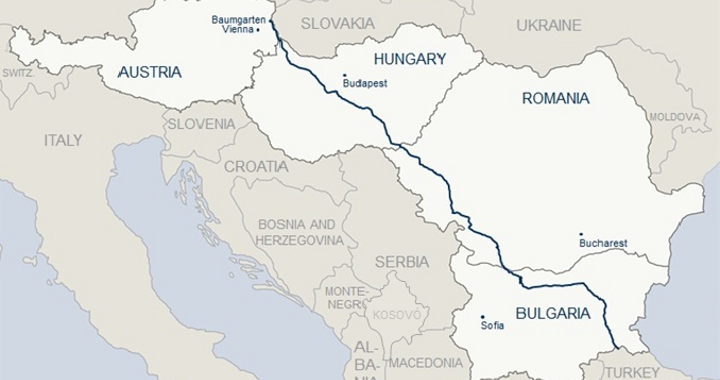 The consortium behind the planned Nabucco gas pipeline has signed a memorandum of co-operation with the Trans-Anatolian Pipeline (TANAP), reports in international media said on March 4.

Nabucco said, in a statement quoted by newswires, that the two parties had agreed to exchange technical and other strategic information to support the development of their projects.

Nabucco was envisioned initially as a means to transport Caspian Sea gas to Europe – diversifying Europe’s sources of energy resources and diminishing its reliance on Russian gas – but it has been hobbled by high costs and the inability to secure a source of gas, despite support from the European Commission for the project.

In recent years, however, a shorter version of the pipeline, called Nabucco West, has been envisioned to cut costs and eliminate competition with other pipelines running through Turkey, the planned TANAP project among them.

Under this plan, TANAP would pump Azeri gas both for domestic consumption and export, linking to Nabucco at the border with Bulgaria and then running through Bulgaria, Romania, Hungary and ending in Austria.

The memorandum signed with TANAP is the second major step taken by Nabucco towards making this plan a reality. In January, the Nabucco steering committee agreed an option to sell 50 per cent in the project to a group developing the Shah Deniz 2 gas field in Azerbaijan, increasing the odds of securing a gas supply for the pipeline.

Nabucco is not the only project vying for the attention of the Shah Deniz 2 group, which includes British Petroleum, French firm Total, Norway’s Statoil and Azeri state-owned company Socar. The consortium agreed a similar option with the proposed Trans-Adriatic Pipeline (TAP) project, being developed by Statoil, Germany E.ON Ruhrgas and Swiss firm EGL.

The Shah Deniz group is expected to pick between TAP and Nabucco West in the summer. Construction would have to start soon after and the first gas could flow as early as 2015, which is when commercial extraction at Shah Deniz field is expected to begin.

Even a shortened version of Nabucco remains the biggest rival for Russia’s own pipeline project, South Stream, meant to cross under the Black Sea and coming ashore in Bulgaria before passing through Serbia and Hungary on the way to northern Italy. Hungary and Bulgaria are two countries that are involved in both projects.

TAP, crossing Greece and the Adriatic Sea on the way to southern Italy, would also provide competition to South Stream inasmuch as it would bring more non-Russian gas to European consumers, but the project does not overlap South Stream’s projected route as Nabucco West does.

Nabucco, a project in the works since 2005, although only formally launched by the signing of an intergovernmental agreement in July 2009, currently has six shareholders with equal stakes – Turkey’s Botas, Bulgaria’s Bulgargaz, Romania’s Transgaz, Hungary’s MOL, Austria’s OMV and Germany’s RWE. RWE started negotiations last year to sell its stake to OMV, saying it was no longer assured of the project’s viability.