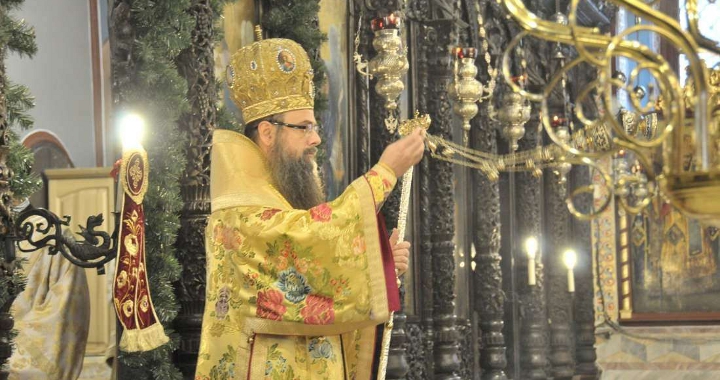 The Metropolitan of Plovdiv, Nikolai, has donated his Rolex wristwatch to cover the high electricity bill incurred by the St Marina church in Plovdiv for January, Bulgarian news website Mediapool.bg reported on February 26, quoting a church official.

“If after the sale of the watch, one of the few personal items of his eminency, we have a larger sum [than the bill], the difference will be used for charity,” the report quoted archimandrite Arseni as saying.

Bulgarian media reported that the St Marina church in Plovdiv received a bill of 2940 leva for January and faced having its electricity cut off by electricity distribution company EVN. Radio Plovdiv reported that a company employee was persuaded on February 25 to postpone shutting off the church’s electricity.

On February 26, EVN said that while one of their employees had visited the church, it was a routine check and no threats to cut off power to the church were made.

Earlier, the church said that its bill was four times larger than the one for December 2012 and that it lodged a complaint with the power distribution company. High electricity bills have sparked nationwide protests throughout Bulgaria, now in their third week, prompting Prime Minister Boiko Borissov to submit his resignation last week.

Metropolitan Nikolai, one of the youngest in the Bulgarian Orthodox Church aged 43, was first seen sporting the Rolex wristwatch at a ceremony in 2009, according to Mediapool.bg. Although not without his supporters, he is not averse to stirring controversy – he is vehemently opposed to gay parades and has, in the past, described both Pope John Paul II and Pope Benedict XVI as heretics.

One of his most controversial statements came in 2009, when he said that the deaths by drowning of Bulgarian holidaymakers in Lake Ohrid were Divine punishment for a Sofia concert by Madonna on a day when the Bulgarian Orthodox Church commemorates the beheading of John the Baptist.

He has also caused controversy with the recent redecoration of the St Marina church that resulted in the covering-over of ancient iconography with modern wallpaper matting depicting icons.

Despite his ultra-conservative views and apparent penchant for luxury – in addition to the Rolex watch, he can often be seen travelling in luxury vehicles – Metropolitan Nikolai has also shown himself as the most PR-savvy metropolitan in the Bulgarian Orthodox Church, as the latest announcement concerning the sale of his wristwatch shows.