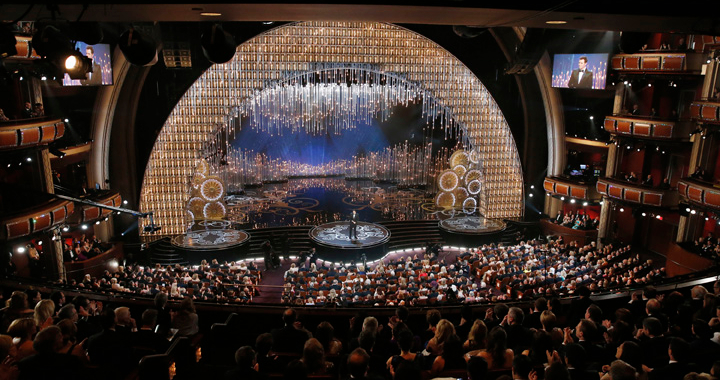 Argo, the film about the Iranian hostage crisis, won the top prize at the Academy Awards Sunday in Los Angeles, beating Lincoln, which was widely expected to win.

Ben Affleck, Argo’s director and co-producer, thanked “everyone who had anything to do with the movie” in his acceptance speech.

First lady Michelle Obama made a surprise appearance from the White House toward the end of the ceremony. She praised the films that were nominated in the best picture category saying “they made us laugh and they made us weep.” She then announced the winner, Argo.

Daniel Day Lewis won the best actor Oscar for his portrayal of Abraham Lincoln in Lincoln.

Jennifer Lawrence fell on the steps up to the stage to pick up her best acting Oscar for Silver Linings Playbook.

Ang Lee thanked the “movie god” when he edged out Steven Spielberg with Lincoln to win the best director prize for The Life of Pi.

Searching for Sugarman, the chronicle of a forgotten musician’s rediscovery took home the Oscar for best documentary.

This year’s show featured a film tribute to the so-called “Bond girls” who have appeared the five decades of the British super-spy James Bond films. Halle Berry, herself a “Bond girl” introduced the tribute. Afterwards, Shirley Bassey sang Goldfinger.

The Oscar winners are chosen by some 5,800 movie industry professionals who are members of the Academy of Motion Picture Arts and Sciences.

Seth MacFarlane was the host of this year’s show.