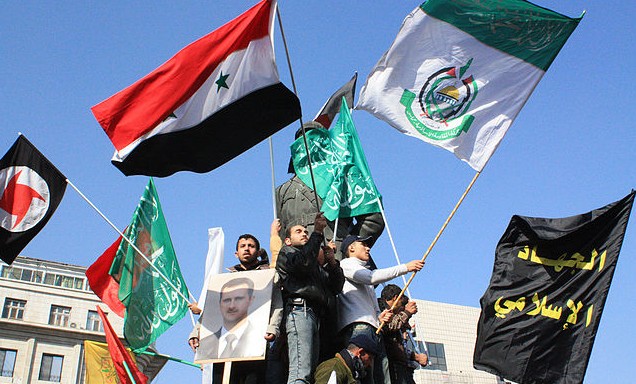 A group of three representatives of Hamas was escorted by police to Sofia Airport on February 15 2013 after being “invited” to cut short their visit to Bulgaria, which was controversial for reasons including the fact that the group – members of an organisation officially seen by the EU as terrorist – reportedly had sought contact with government and opposition figures.

Palestinian media said that the Hamas group was expelled but the Centre for Middle Eastern Studies said that the group had left voluntarily because of escalating tension and pressure from Bulgarian authorities. This latter statement was followed by a communique from the State Agency for National Security saying that the group had been ordered to leave on the grounds that they were a serious threat to Bulgaria’s national security.

Reports suggested that the group was invited to leave because they had entered the country for a purpose other than stated on their visas. The Centre for Middle Eastern Studies, which invited the Hamas group, said that they had been expelled on the orders of the State Agency for National Security, Palestinian media said. Later, the centre said that the group had left of its own accord.

Bulgarian media quoted Interior Minister Tsvetan Tsvetanov as saying that the group had been “invited” to cut short their visit.

Police escorted the group from their Sofia hotel.

Initial reports, since vehemently rejected, were that the three members of Hamas were in the Bulgarian capital on an official invitation.

But the Foreign Ministry made it clear that the Hamas three were a surprise package. The visit, the Foreign Ministry said, was unofficial, the three would not be received by any representative of the Bulgarian state and, for that matter, Bulgarian had direct relations with the Palestinian Authority through the president and government in Ramallah and would not deal with Hamas, regarded by the EU as a terrorist organisation.

That Hamas is listed as a terrorist organisation by the EU affects financing towards Hamas but does not put a bar on travel to the territory of the EU. There were in turn, conflicting reports as to whether the three had entered Bulgaria on Bulgarian visas or using Schengen visas. Bulgaria accepts the latter as valid for entry, even though it is not a member of the Schengen zone.

Bulgaria’s views on the Hamas visit were communicated through a Foreign Ministry statement on a conservation held on February 14 between Foreign Minister Nikolai Mladenov and his Palestinian Authority colleague, Riyad al-Maliki, as well as the statement’s account of a conversation between the director of the Middle East and Africa Directorate at the Foreign Ministry, Slavena Gergova, and the Palestinian ambassador to Bulgaria, Ahmed Mohamed al-Mathbouh. The statement underlined the good relations between Sofia and Ramallah and said that Bulgaria would have no contacts with Hamas.

It emerged that the three Palestinians were in Bulgaria at the invitation of the Centre for Middle Eastern Studies – an entity, to put it mildly, that generally serves as a platform for anti-Israel views.

The centre has been reluctant to tell Bulgarian journalists whom the three Hamas representatives would meet while in Bulgaria, but it was reported that the schedule of the three, from the “Change and Reform” bloc, Salah Bardawil, Mushir al-Masri and Ismaeel Abdullatif al-Ashkar, included a presentation at a Sofia hotel on February 15.

Reports quoted the Hamas group as saying that they came to Bulgaria to present the “Palestinian narrative and expose the false Israeli narrative on the Palestinians and Hamas”.

Reportedly, Bardawil said that the visit to Bulgaria was significant “because Hamas had been denied the opportunity to express the views of its people from this important podium for political reasons”.

According to public broadcaster Bulgarian National Television, the Centre for Middle Eastern Studies said that it had organised the visit as a sign that Bulgaria “should have a balanced policy towards the Middle East”. Other reports quoted the centre’s director Mohd Abuasi as saying that the visit was organised so that Bulgaria’s policy would not be subjected solely to a “pro-Israeli influence”.

The centre confirmed to Bulgarian-language site Mediapool that the visit was not an official one and the Bulgarian government had nothing to do with it.

By the end of February 14, the only politician to have confirmed that he might meet the Hamas group was Volen Siderov, leader of the minority ultra-nationalist party Ataka. Siderov told a Bulgarian-language newspaper that he had “long maintained” relations with the Palestinian community in Bulgaria and its representatives had sought contact with him for a meeting with representatives of the Palestinian legislature. “I’ll see who they are and I will decide whether or not to see them,” Siderov was quoted as saying.

Bulgaria looks to donate, re-sell some of the Covid-19 vaccines due this year