In Bulgaria, 28 people had so far been arrested in connection with using skimming devices to steal money from ATMs across Europe, Tsvetanov said. In all, 35 people had been arrested, he said.

Operation Shock 1 was carried out in July 2011 against a group involved in draining bank cards in Europe. More than 50 people were arrested in that operation and many of them were deported to Italy.

One of the people arrested in that operation, Stefan Klenovski, was extradited to Italy following a ruling by Sofia City Court, but was released by an Italian court and returned to Bulgaria, television station bTV said. 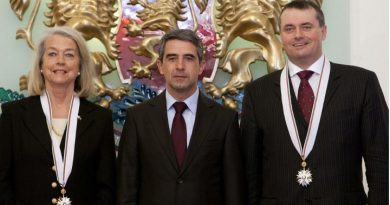