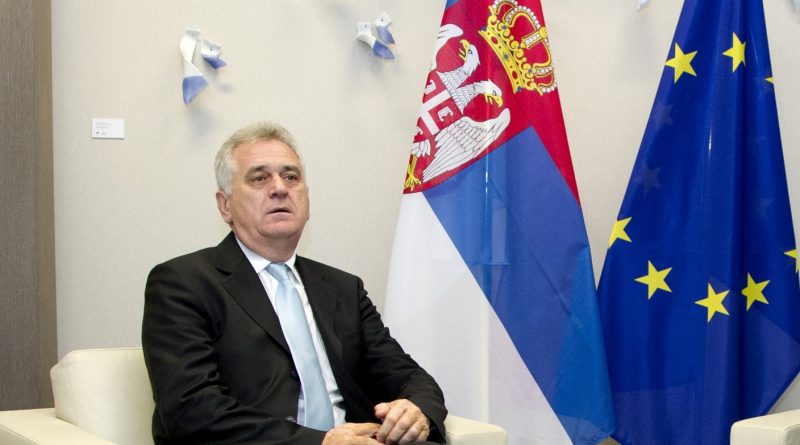 Serbian president Tomislav Nikolić has repeated his offer that Serbia is prepared to mediate in the settlement of unresolved issues between Athens and Skopje, including the Macedonia name dispute and the problems between the Serbian and Macedonian Orthodox Christian churches.

Nikolić made his latest statement on the offer at a news conference in the Greek city of Thessaloniki on November 10 2012.

Serbia, like most Eastern Orthodox churches, does not recognise the Macedonian Orthodox Church as autocephalous.

Speaking at a news conference on November 10, Nikolić, who became president of Serbia in May 2012, said, “you can imagine what it would look like if we all co-operated. This would be a supporting pillar of the Balkans, maybe of all of Europe”.

Nikolić described bilateral co-operation between Serbia and Greece as excellent, with no unresolved issues, and said that Athens unconditionally supported Belgrade on Serbia’s path to the EU.

“It is obvious that Serbia could be the bridge between the east and the west, the north and south. We have reconfirmed what Serbs and Greeks have always nurtured complete understanding and cooperation, relations which have not been disrupted by anything,” Nikolić was quoted as saying by Serbian media, Bulgarian news agency Focus said.

During a recent visit to Macedonia, Nikolić voiced readiness to mediate in settlement of problems between the Serbian and Macedonian Orthodox churches.

Hun­garians swing against EU – not