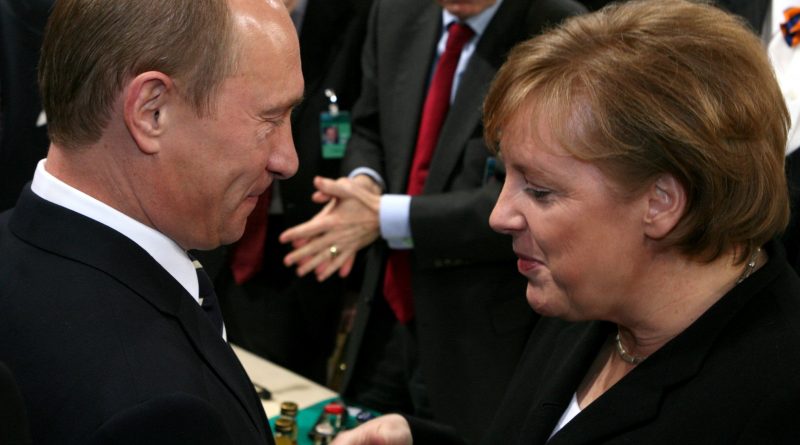 German lawmakers are urging Chancellor Angela Merkel to push for more democracy in Russia when she meets with President Vladimir Putin next week in Moscow.

On Friday, Germany’s Bundestag, the lower house of parliament, is set to debate a motion focusing on Mr. Putin’s confrontational course toward government critics. Ms. Merkel’s center-right coalition will present the motion asking that Berlin voice its alarm at frequent detentions of anti-Kremlin activists and restrictions on freedom and democracy.

Chancellor Merkel will travel to Russia next week to participate in the traditional St. Petersburg Dialogue, a forum to discuss Russo-German relations .

Mr. Putin has faced vocal protests at home and tough criticism from abroad since taking over his third term as Russia’s president. Rights groups accuse his administration of stifling freedoms and cracking down on dissent. Most recently, Russia’s new laws on treason and slander have raised widespread concerns for restricting contact with foreign organizations.

Mr. Putin in turn has accused his critics, including U.S. Secretary of State Hillary Clinton, of interfering in Russia’s internal affairs and of seeking to stir foment.

Germany depends on Russia for a large portion of its gas and oil supplies and is one of Russia’s biggest trading partners. This forces the German leader to tread carefully when dealing with Mr. Putin, who is known to resent criticism.

Ms. Merkel comes from the former East Germany, which was part of the former Soviet bloc, and speaks Russian. Mr. Putin spent several years in East Germany as a former KGB agent and speaks German. But observers say that despite the common experience behind the Iron Curtain, the two leaders have not developed a close personal relationship.