Bulgarian Prime Minister Boiko Borissov asked on November 5 that a newly-elected Constitutional Court judge to step down – provided the European Commission continues to oppose her appointment as non-transparent – and said that he expected the matter to be settled by the end of the week.

Veneta Markovska, a deputy chairperson of the Supreme Administrative Court (SAC) elected to the Constitutional Court by Parliament on October 31, has come under increasing criticism for alleged corruption and conflict of interest.

Parliament’s legal affairs committee, which heard four nominees for two vacant Constitutional Court seats, refused to investigate the matter, qualifying the allegations as anonymous mudslinging – drawing, in the process, the ire of the European Commission, which said that the affair cast doubts on the professionalism of the candidate and threatening to issue a Co-operation and Verification Mechanism (CVM) report before the one currently scheduled for the end of 2013.

“If this is indeed a denunciation, then it is very ugly, but if there is a drop of truth, then the right thing would be for her to withdraw,” Borissov said on November 5. “I hope that by Friday [November 9], matters will have progressed and we will have an answer from the European Commission. If they believe that this choice has been tainted, I personally am counting on her to [withdraw and] avoid creating problems for the judiciary.”

Borissov pointed out that Markovska was nominated by independent MPs, not his ruling party GERB – but as critics of the government have pointed out, those independent MPs have been close allies of the Cabinet in Parliament and GERB MPs voted in favour of Markovska’s nomination.

Reports in Bulgarian media have alleged that Markovska has exercised pressure to have two police officers fired for arresting a business partner of her son in 2010 (the police officers were later re-instated). As a judge in the SAC, she is also alleged to have heard cases in which one of the sides was represented by a lawyer who is a close family friend.

Her handling of the allegations has failed to assuage doubts, accomplishing the opposite. During her hearing in Parliament’s legal affairs committee, Markovska first denied knowing the businessman (only to later walk balk her statement) and was later contradicted by Deputy Interior Minister Vesselin Vouhkov, who said that she asked for a meeting concerning the case (she initially denied making such a request).

She also said that she never sat in court on a case argued by her family friend lawyer – a claim that news website mediapool.bg said was false, citing SAC records that showed that there had been six such cases. Markovska also owned property jointly with the lawyer, local newspaper Kapital Daily reported, citing data from the property register.

Borissov’s words were the first sign of a possible change in the tide of various politicians doing their best to defend Markovska’s appointment – from GERB parliamentary floor leader and chairperson of the legal affairs committee Iskra Fidossova, to the storm petrel of minority politics in Bulgaria Yane Yanev (once fiercely opposed to the current Cabinet, but now closely allied to it), and even former socialist interior minister Roumen Petkov.

The European Commission re-iterated on November 5 its official position on the issue, namely that the lack of transparency threatened to mar the reputation of the Constitutional Court – clashing with some of Markovska’s defenders, who tried to dismiss Commission spokesperson Olivier Bailly, who read a statement on the issue during the mid-day media briefing on October 31, as “a part-time spokesperson” who spoke “without knowing the county and the people”, as per Petkov’s description. 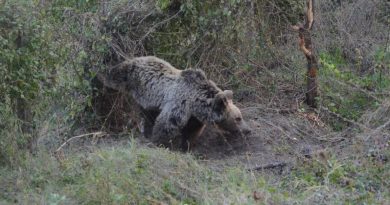