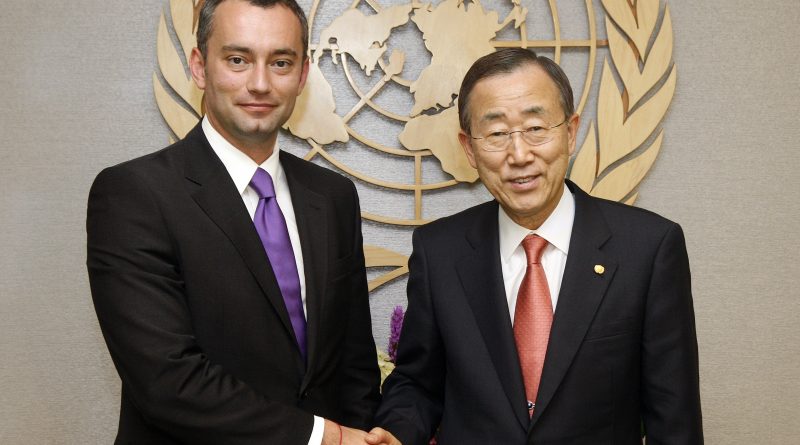 The recent announcement by Syria of the presence of a stockpile of chemical weapons reaffirms that the threat of these weapons is still a reality, Bulgarian Foreign Minister Nikolai Mladenov said in a message delivered to the New York Summit of the Organization for the Prohibition of Chemical Weapons.

Bulgaria confirms its strong commitment to the universalization of the Convention on the Prohibition of Chemical Weapons (CWC) and appeals to the eight countries that have not yet joined this important instrument of international law to do so without delay, the Foreign Ministry quoted Mladenov as having said.

Syria is one of eight states that are not yet party to the CWC, which bans the use and stockpiling of these weapons. The other states are Angola, North Korea, Egypt, Israel, Burma, Somalia and South Sudan.

The New York Summit of the Organization for the Prohibition of Chemical Weapons (OPCW) was held at UN headquarters on October 1 2012 and was dedicated to the 15th anniversary of the the entry into force of the CWC.

“Bulgaria joins others in encouraging Syria to demonstrate responsible behaviour and to refrain from unlawful acts concerning these weapons,” Mladenov said, a message also contained in a number of other statements, including among others those from UN Secretary-General Ban Ki-moon and EU representatives, the United States, France, the United Kingdom, Germany and Canada.

UN Secretary-General Ban highlighted the continuing global threat posed by chemical weapons, voicing particular concern with statements by the Syrian government regarding the existence and possible use of these tools of mass destruction.

“I once again emphasise the fundamental responsibility of the Syrian government to ensure the safety and security of any such stockpiles. The use of such weapons would be an outrageous crime with dire consequences,” Ban told reporters at UN Headquarters in New York, the UN News Centre said.

“The overall threat remains a serious global concern,” Ban said in his comments, which he delivered prior to the high-level meeting.

“Chemical weapons simply have no place in the 21st century. Progress in this vital area will help generate momentum to meet our goal of eliminating all weapons of mass destruction.

The time has come,” Ban said.

The Convention – which is marking its 15th anniversary this year along with the Organisation – now has 188 States parties. Three-quarters of the world’s declared chemical weapons stockpiles have been eliminated.

“This is a remarkable achievement,” Ban told the high-level meeting, adding that it is now time to build on these gains and prevent the re-emergence and proliferation of chemical weapons.

“The universality of the CWC is indispensable to eliminating an entire category of weapons of mass destruction. I urge the eight states that are not yet party to the Convention to join without delay.”