Finance fromBulgaria’s special trust fund will be used to finance a project worth $50 000 to provide for urgent action to safeguard the educational level of the children of Syrian refugees inJordan, the Foreign Ministry in Sofia said.

The project has been prepared by the UNESCO Office in Amman, and provides finance for training for 75 teachers and 20 officials to assist children in post-conflict situations, who have experienced military conflict and children with special needs.

According to the UN High Commissioner for Refugees, as a result of escalating tensions and the growing humanitarian crisis in Syria, by June 10 2012 the official figures were that there were nearly 23 000 refugees in Jordan, of whom more than 4500 were children, the ministry said.

In a separate statement, the ministry said that a meeting between Foreign Minister Nikolai Mladenov and EU ambassadors in Sofia, there was special emphasis on the situation in Syria and the possibilities for the EU and member states to assist in finding a solution to the crisis.

“We must redouble our efforts to support the Syrian opposition, to reach a common, clear vision for the democratic future of the country,” Mladenov said. 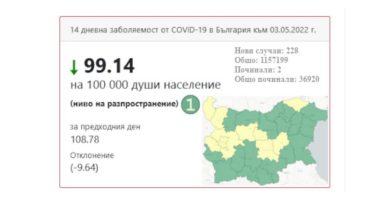