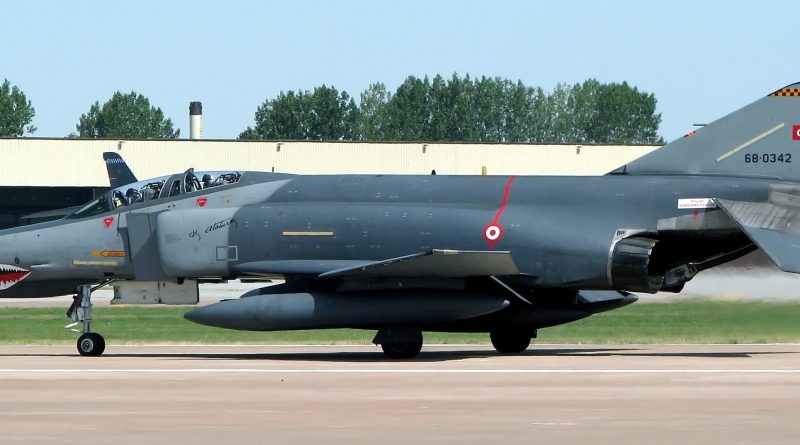 Bulgaria condemns the downing of a Turkish aircraft by the Syrian air force and calls on the regime in Damascus to refrain from acts that aggravate the situation in the region, Foreign Ministry spokesperson Vessela Tcherneva said on June 24 2012, the same day that it emerged that at the request of Ankara, Nato’s North Atlantic Council would meet to discuss the incident.

The incident, in which a Turkish F4 Phantom aircraft was downed on June 22 – while, according to Turkey – it was in international airspace, “proves again the need for regime change and a transition to democratic governance in Syria,” Tcherneva said.

Nato’s North Atlantic Council, which includes the ambassadors of all 28 Nato allies, will meet on June 26 at Turkey’s request.

Ankara called the meeting under Article 4 of the alliance’s charter, which allows any ally to “request consultations whenever, in the opinion of any of them, their territorial integrity, political independence or security is threatened,” Nato said on June 24.

Media in Turkey said that Turkish foreign minister Ahmet Davutoğlu, who said that the F4 was in international airspace when it went down, avoided saying what measures Turkey will take in response, saying that prime minister Recep Tayyip Erdoğan would speak about the matter on June 26 in Parliament after meeting on June 24 with opposition parties and a cabinet session on June 25, but he said Turkey will take the matter to Nato, which has so far been reluctant to get involved in the Syrian crisis.

Speaking on June 24 on state-run TRT television, Davutoğlu said the pilots were testing the jet’s radar capabilities when it was downed over the Mediterranean.

“The warplane was shot down over international waters several minutes after it had left Syrian airspace,” he said, the Voice of America reported.

Damascus claims the plane was shot down while flying low and fast a kilometre off its coast. Davutoğlu said the jet had strayed into Syrian airspace by mistake and immediately left after it was warned by Turkish air controllers.

Analysts say the admission the plane was in Syrian airspace will likely fuel growing calls by Turkish opposition politicians to know why the plane was flying so close to Syria, with relations between the two countries so tense, VOA said.

Damascus has accused Ankara of providing weapons and intelligence on its forces to Syrian rebels.

But Davutoğlu denied the plane was involved in any covert action.

Under Turkey’s constitution, any military action against a foreign country has to be sanctioned by parliament, although ministers have played down speculation of any imminent armed response.

Political observers in Turkey say despite tense relations with Syria, the Turkish government response has so far been restrained and measured. UN Secretary-General Ban Ki-moon praised Ankara’s behaviour in the crisis, VOA said.

On June 24, US secretary of state Hillary Clinton said that she had discussed the issue the previous day with her Turkish counterpart.

“I spoke with Turkish foreign minister Davutoğlu yesterday to convey our grave concern about the downing of a Turkish F-4 fighter jet by Syrian forces on June 22,”  Clinton said.

“I also told him that our thoughts and prayers are with the missing pilots and their loved ones. The foreign minister briefed me on the specifics of the incident, including that the Syrian military shot its plane down without warning,” she said.

“The United States condemns this brazen and unacceptable act in the strongest possible terms. It is yet another reflection of the Syrian authorities’ callous disregard for international norms, human life, and peace and security,” Clinton said.

The United States reaffirms its strong support for the Turkish Government and its solidarity with the Turkish people in the wake of this incident, she said.

“We will maintain close contact with Turkish officials as they continue to investigate the incident and determine Turkey’s response, including in the Security Council. We will work with Turkey and other partners to hold the Assad regime accountable.”

Clinton said that Turkey has been a leader in the international community’s effort to address the Syrian regime’s violence against its own people.

“We will continue our close co-operation with Turkey as part of our broader efforts to promote a democratic transition in Syria. This work is urgent, and we will be consulting in New York with the Security Council, in Brussels with Nato and the EU, and in Geneva with Special Envoy Kofi Annan on next steps.”

UK foreign secretary William Hague said: “The Assad regime should not make the mistake of believing that it can act with impunity. It will be held to account for its behaviour. The UK stands ready to pursue robust action at the United Nations Security Council.

“This deplorable incident underlines the urgent need to find a solution to the current crisis in Syria in order to bring an end to the violence and to achieve a genuine political transition. We support the Joint UN and Arab League Special Envoy’s continuing efforts on this,” Hague said.

On June 22, the day of the downing of the aircraft, the Joint Special Envoy of the United Nations and the League of Arab States on the Syrian Crisis, Kofi Annan, cited the need to increase international pressure on the parties to end the ongoing conflict and ensure a political transition, emphasising that the time to act is now, the UN News Centre said.

With the violence in Syria continuing unabated, Annan said that he had been in intensive consultations with a number of ministers and officials in capitals around the world about the possibility of convening a meeting of ministers to discuss what further actions could be taken.

“It is time for countries of influence to raise the level of pressure on the parties on the ground, and to persuade them that it is in their interest to stop the killing and start talking,” he said.

The same day, the United Nations relief co-ordination agency said that the humanitarian situation in Syria continued to deteriorate, with up to 1.5 million people in need of assistance.

“Civilians attempting to flee from fighting need urgent assistance and protection,” the UN Office for the Coordination of Humanitarian Affairs (OCHA) said in an update, quoted by the UN News Centre. “Local resources are stretched and there is restricted access to basic services in areas affected by fighting.”

“Visits by UN relief agencies to Homs and Idlib over the past two weeks have found that increasing numbers of people are leaving their homes and communities’ vulnerability is growing,” OCHA said, noting that in the Idlib Governorate, where fighting continues, the Syrian Arab Red Crescent (SARC) reports that 350 000 people now need assistance.

This is an increase of 150 000 people since the government-led assessment of the humanitarian situation at the end of March, OCHA said. 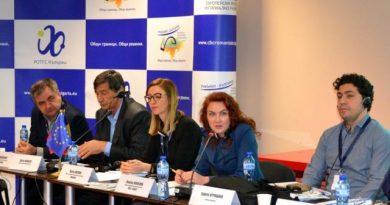