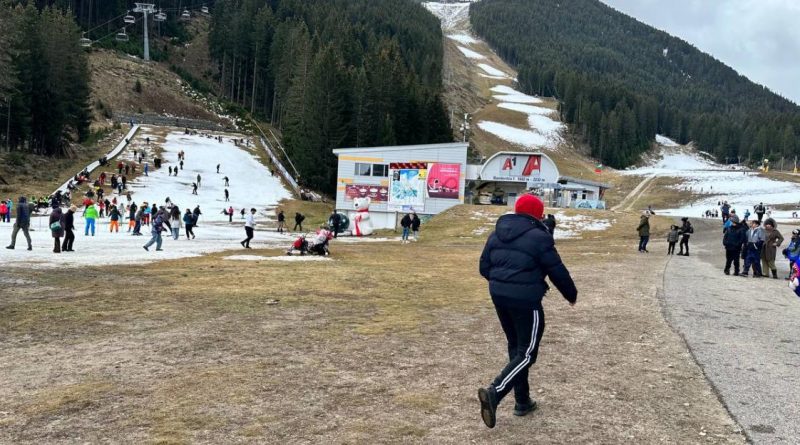 Ivan Obreikov, manager of the Bansko concession-holder, told Bulgarian National Television: “When we set the opening date, we had a wonderful snow cover, but after 10 days of warm weather, it disappeared”.

“The snow machines are not working at the moment, because we do not have the right temperature, it needs to be below minus three degrees Celsius. We have 400 snow cannon and I hope that if there are suitable temperatures, we can start covering the tracks,” Obreikov said.

Lance Nelson of Bansko App told The Sofia Globe: “Some snow making is likely possible next week but with temperatures remaining higher than usual the outlook is very uncertain. No fresh snow expected next week. But that could change”.

When the lifts open, a day pass will cost 90 leva.

BNT said that Bulgaria’s other two major ski resorts, Pamporovo and Borovets, had indefinitely postponed the opening of the season because of the lack of snow.

(Photos: Bansko App, which provides regular updates on conditions and other vital topical information about the resort)