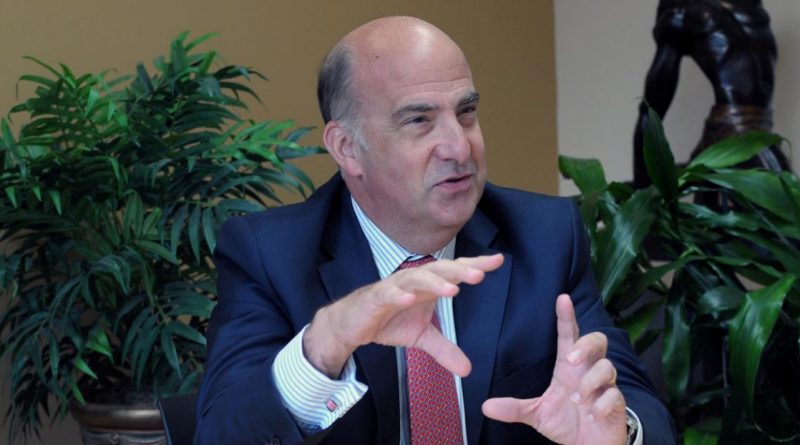 Russia’s unprovoked and unjustified war against Ukraine makes the United States’s continued close coordination with Bulgaria all the more urgent, particularly given the country’s position along Europe’s Eastern Flank, US ambassador-designate Kenneth Merten told the US Senate Foreign Relations Committee at his confirmation hearing on November 29.

As The Sofia Globe reported at the time, US President Joe Biden nominated career diplomat Merten to be the next US ambassador to Bulgaria, according to an announcement on the official White House website on June 8.

Bulgarian has registered more than 145 000 refugees from Ukraine for temporary protection, fully supported sanctions against Russia, and in November Bulgaria’s parliament voted overwhelmingly in support of military assistance to Ukraine, he said.

“Bulgaria’s acquisition of a second tranche of F-16s will mark a significant step toward meeting its Nato defence spending commitments,” Merten said.

“If confirmed, I will continue to grow our Mission’s engagement in security issues and support Bulgaria’s efforts to combat Russia’s malign influence.

“If confirmed, I will also prioritize the expansion and diversification of our economic ties with Bulgaria while serving as a tireless advocate for stronger rule of law and for the fair treatment of US firms.”

Merten said that there was “tremendous potential” to boost US relations with Bulgaria and to expand US commercial interests in key areas like technology and innovation, agriculture, education and entrepreneurship, infrastructure, and notably, energy.

“Bulgaria has taken positive steps toward energy diversification, particularly since Russia cut off natural gas supplies in April after the Bulgarian government refused to pay Gazprom in rubles,” he told the committee.

“The completion of the Interconnector Greece-Bulgaria, which facilitates natural gas imports from Azerbaijan, was a major achievement in this regard,” Merten said.

More remains to be done, from securing further LNG supplies to procuring nuclear fuel that does not rely upon Russian inputs, he said.

“If confirmed, I am committed to supporting Bulgaria’s efforts to strengthen energy security, including with the help of US companies’ technology and know-how.

“If confirmed, I commit myself to earnestly serving as a Chief of Mission who leads, manages, and safeguards all our Embassy colleagues. I will work tirelessly to build on the outstanding work of my predecessors to strengthen our bilateral relationship with the Republic of Bulgaria and advocate for the priorities of the United States,” Merten said.