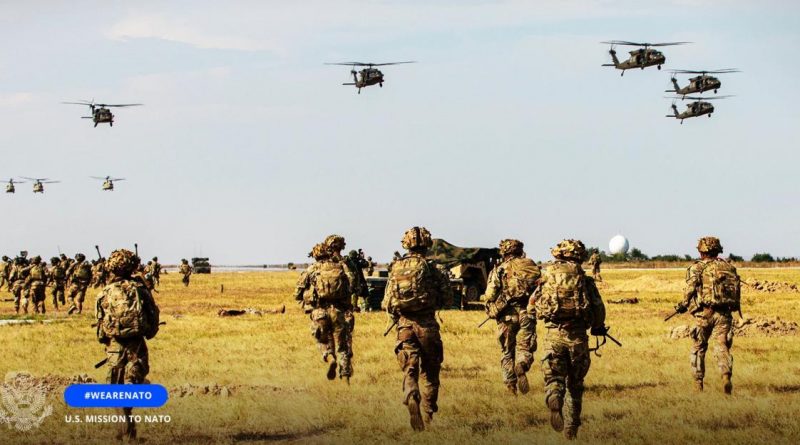 The US Army 101st Airborne Division – the “Screaming Eagles” are to deploy in Bulgaria, Romania, Hungary and Slovakia in autumn 2022, according to a statement by the Department of the Army and a Twitter message.

The purpose is to “protect Nato’s eastern flank, reassure our Allies, and deter our adversaries,” the Twitter message by the US Mission to Nato said.

The Department of the Army said that the autumn deployment of the 101st Division Sustainment Brigade headquarters, from Fort Campbell, Kentucky, was a temporary one “ in response to the invasion of Ukraine and is not a permanent change to the overall Army force posture in Europe”.

The US Mission to Nato said that the deployment to the four countries would involve close to 2400 military personnel and was a return to Europe after 80 years.

The “Screaming Eagles” have an extremely prestigious history, with their numerous combat deployments including their role in the D-Day landings – parachuting into the Contentin Peninsula on June 6 1944, they became the first Allied soldiers to set foot onto occupied France – and apart from numerous other operations, in spring 1945, the Screaming Eagles liberated the Landsberg concentration camp and Hitler’s mountaintop retreat in Bertchtesgaden.

Their role continues through to the Security Force Assistance Teams deployed in Afghanistan today.

Bulgaria is the location of a Nato multinational battle group, which has Italy as the framework nation, formed in response to Russia’s war on Ukraine and the need to bolster deterrence and defence on Nato’s eastern flank.

Official: Pope Francis will visit Bulgaria from May 5 to 7 2019