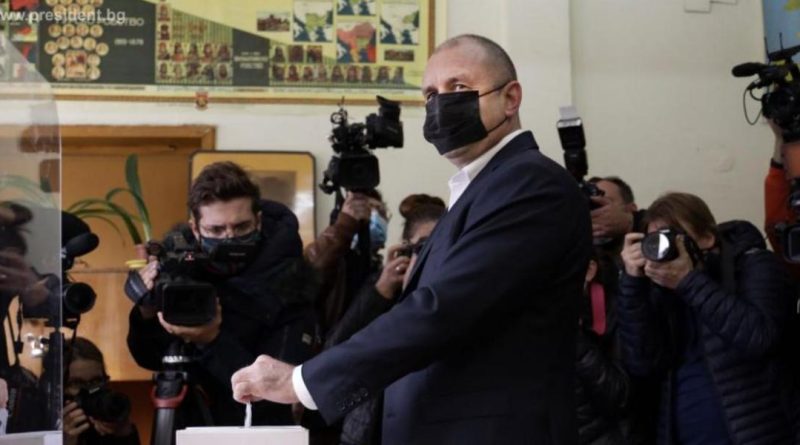 If the next attempts at forming a government within the current Parliament prove fruitless, it would be most expedient to hold parliamentary elections at the beginning of October, Bulgarian President Roumen Radev said on July 12.

Radev’s comments follow Parliament’s largest group, the We Continue the Change (WCC) party, giving up its attempt to rally support for a new government to be elected by the current Parliament.

The second mandate to seek to form a government must, by the constitution, go to the second-largest parliamentary group, GERB-UDF, which repeatedly has said that it will hand it back immediately without attempting to come up with a proposed government.

Radev said that if the second mandate is returned unfulfilled, he would invite all parliamentary groups to consultations.

“Obviously, the political crisis in the country is intensifying, and every political party with an ambition for public support must clearly state what way out it proposes,” Radev said.

“But the issue of power does not negate the responsibility of political parties to citizens and to the state,” he said.

“It should be clear that the rapid and fruitless exhaustion of the procedure for forming a government before the end of July effectively ends the activities of the government and Parliament, and many important issues remain unresolved,” Radev said.

Radev said that holding elections in September “carries risks” and it would be expedient to hold the elections in early October.

Bulgaria customarily holds elections on Sundays. In 2022, the first two Sundays in October are the second and the ninth.

Radev did not say precisely when he would offer the second mandate to GERB-UDF.

Of the parliamentary groups, Democratic Bulgaria, the Bulgarian Socialist Party (BSP) and ITN have said that they would make an attempt to get a government elected if offered the third mandate.

Democratic Bulgaria MP Ivailo Mirchev told Bulgarian National Television (BNT) on July 12 that the group had made a “very strong request” to get the third mandate, while the BSP was showing “extremely responsible behaviour”.

Mirchev said that the next Parliament would be much more fragmented.

BSP MP Kristian Vigenin told BNT: “Now is the time for each of us, especially the political leaders, to take a breath, to think carefully about where we are and what lies ahead, because we will need a lot of wisdom in the coming days”.

Vigenin said that at the moment it was too early to have concrete talks between the political formations because there were too many ambiguities.

(Archive photo: Radev voting in an election in Bulgaria in 2021)