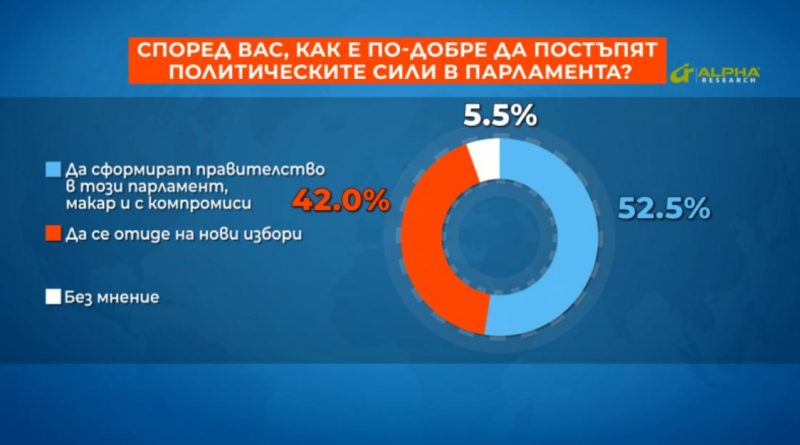 By a very narrow margin, more than half of Bulgarians would prefer to see a new government elected without Parliament being dissolved and the country headed to its fourth parliamentary elections in two years, according to a poll done by the reputable Alpha Research agency for public broadcaster Bulgarian National Television’s weekly Referendum talk show.

The Alpha Research poll, the results of which were released on the evening of June 28, found that 52.5 per cent of Bulgarians would prefer a government to be elected into office by the current Parliament. That government should be achieved “even with compromises” according to respondents.

Bulgaria is at a political crossroads after the populist ITN party quit the ruling coalition and Prime Minister Kiril Petkov’s reformist government lost a vote of no confidence on June 21, defeated by an effective majority of four groupings in Parliament – of establishment parties, of its erstwhile partner ITN and the National Assembly’s smallest party, pro-Kremlin Vuzrazhdane.

Petkov is trying to garner support to get a government voted into office on the basis of a mandate to which his We Continue the Change (WCC) party is entitled, as Parliament’s largest grouping. He remains, according to publicly available figures, six votes short of the support needed for the National Assembly to vote in office a government he would propose.

Should WCC’s bid fail, or if it gives up an attempt, indications are that the second and third bids would come to nothing, putting Bulgaria on course for parliamentary elections in autumn 2022.

The Alpha Research poll for Referendum found that 42 per cent of Bulgarians want fresh elections, while 5.5 per cent were undecided.

The results of the poll for the evening television show came as the council of the still-ruling coalition ended on June 28 with no statements to the media.

WCC is seeking support for a new government with its backing, as well as existing partners the Bulgarian Socialist Party, Democratic Bulgaria and just more than a handful of MPs who quit ITN, the populist party that quit the December 2021 governing majority.

In a measure of the mood of the country, the Alpha Research poll, to the question of which areas of inflation affected the respondents the most, got three answers – food and basic necessities, fuel and transport, as well as household bills.

When asked how they were coping with the crisis and rising prices, more than 50 per cent said that they were saving as much as possible, compared to 47.8 per cent who were buying everything that they could afford.

Opinions were near-equally divided on the implications for the Bulgarian economy of early parliamentary elections.

The poll found that 48.8 per cent thought that it was more dangerous for Bulgaria to go to early elections. Almost as many believed that the greater risk was for the current Parliament to elect a new, but unstable, government. 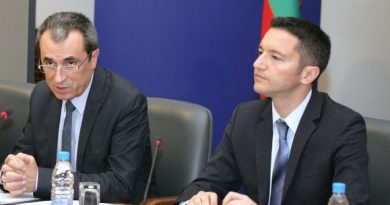