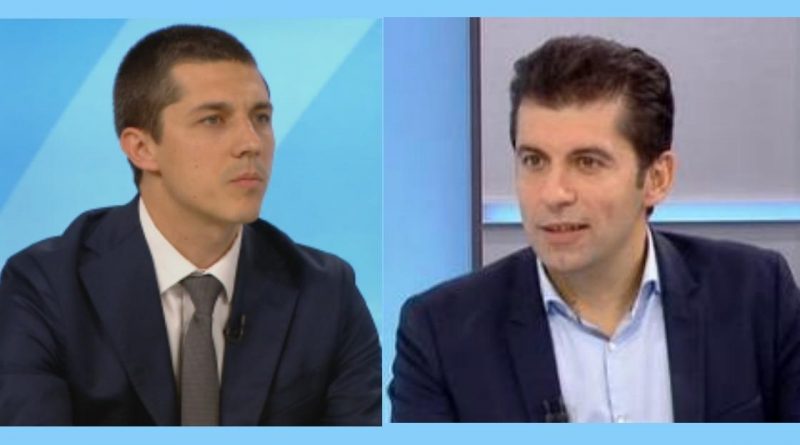 The We Continue the Change (WCC) party will again nominate Kiril Petkov to be Prime Minister when the party proposes a government to Parliament, according to National Assembly Acting Speaker Miroslav Ivanov.

WCC’s Ivanov was speaking in an interview with bTV at the weekend, ahead of Petkov tabling his government’s resignation following the June 22 parliamentary vote of no confidence in Petkov’s government.

As the largest group in Parliament, WCC will receive the first mandate to seek to form a government, a step to be taken after President Roumen Radev holds consultations with all seven parliamentary groups.

Ivanov said that WCC would try to form a new government after Radev hands over the mandate.

“We believe that Mr Petkov was an extremely active Prime Minister who said he would not compromise on his principles. He complied with his undertaking,” Ivanov said.

Ivanov also commented on Radev’s attitude towards the ruling coalition in recent months.

“Why doesn’t Mr. Radev recognise the successes of the government? I give a few examples – electricity prices for the public have not increased, although the composition of the Energy and Water Regulatory Commission (EWRC) had announced that there will be an increase of 20 to 30 per cent.

“After we changed the composition of the EWRC, this did not happen,” Ivanov said.

Democratic Bulgaria coalition co-leader Hristo Ivanov, speaking to Bulgarian National Radio on June 26, said that GERB and the Movement for Rights and Freedoms could not be part of a governing formula.

“They missed the time to change themselves…We expect to see what will be the vision of the mandate-holder from We Continue the Change, who have undertaken to try to form a government. Whoever receives the mandate must find the formula about who to talk to and how,” Hristo Ivanov said.

He said that Bulgaria was entering a period in which its political system consists of medium-sized political formations, making coalition politics the norm. “We will have to learn to function in such a way,” he said.

“Time and again we emphasise that new elections are not something that scares us. Even our narrow party interest is linked to new elections. There we will be able to increase our result, most likely. But a new election is not the best for Bulgaria,” Bozhanov said.

On Saturday, GERB leader Boiko Borissov called Petkov’s accusations that he had been ousted as Prime Minister by Borissov and Russian ambassador Eleonora Mitrofanova a “lie”.

Borissov said that the fall of Petkov’s government was its own doing because it was “corrupt”.

The GERB leader said that if WCC formed a government, autumn and winter would see a “crash”, leading to GERB returning to power with an absolute majority.

The Bulgarian Socialist Party national council was meeting on Sunday, to discuss a report on the work done by BSP Cabinet ministers and a mandate for negotiations on forming a government.

A position was also expected on what the steps will be after the end of Petkov’s Cabinet, which took office in December 2021 after two previous parliamentary elections last year failed to produce an elected government.