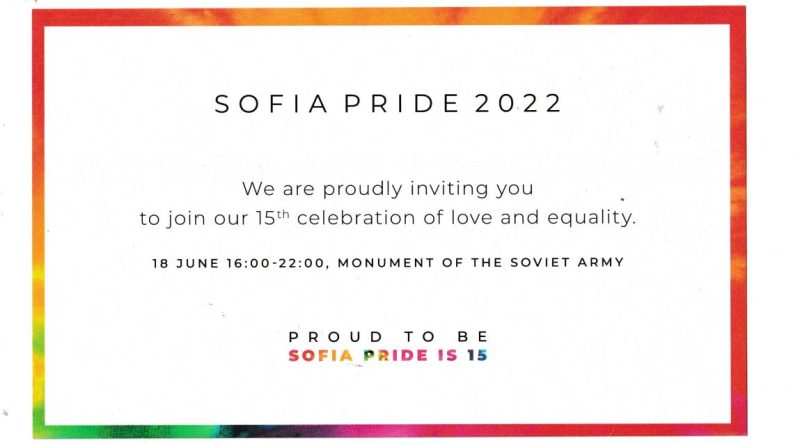 The 15th Sofia Pride will be held on June 18 2022 in Bulgaria’s capital city, themed “Proud to Be” and also standing in solidarity with Kyiv Pride, which cannot be held this year because of Russia’s war on Ukraine.

Organisers told a news conference on May 31 that they saw the successes of the past 15 years as the growing public acceptance, the growing number of legislators and politicians involved in the event, and large-scale attendance by people who are not members of the LGBTI community.

But they also pointed out that this year, provocations by forces opposed to Sofia Pride had begun early.

“The LGBTI community in Bulgaria has strengthened together with Sofia Pride, which is expressed not only in the number of people, but also in the fact that for them Pride is already theirs, which they know they will attend next year too,” the organising committee said.

“At the same time, Pride reaches many people who have begun to seek and defend their rights and to take court action, which, we hope, will grow into legislative changes.”

There had been key successes in court cases won, and co-operation with state institutions was deepening, they said.

“From one or two companies supporting Pride for the first time five years ago, we have reached unprecedented support from various business circles, thanks to which we have the opportunity to grow Pride today,” the organising committee said.

For the first time, a Pride Info Centre is opening in Sofia, offering information about the June 18 event, an exhibition on the history of the Pride movement in the Balkans, as well as items for sale.

The Pride Info Centre, at 23 Shipka Street (entrance from Vassil Aprilov Street) will be open on Tuesdays, Thursdays and Saturdays from 2pm to 7pm.

Gathering for Sofia Pride 2022 begins at the Soviet Army Monument in central Sofia at 2pm on June 18, with the musical programme beginning at 4pm and the procession at 7pm.

One of Bulgaria’s most popular pop-folk singers, Kamelia, will be on stage, as well as Mila Robert and Ruth Koleva.

As has become traditional, the performers will include Mihaela Fileva, Preya and Bulgaria’s Eurovision song contestant in 2021, Victoria.

A special guest on stage will be Ukrainian singer Constantine.

Part of the proceeds from Sofia Pride will be donated to Kyiv Pride, organisers said. 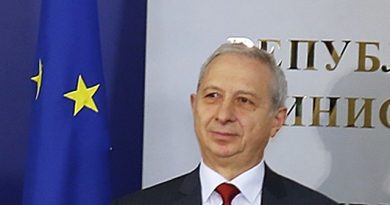