The appeals court in Serbia’s capital city of Belgrade has ruled to confirm a high court decision denying the extradition of Tsvetan Vassilev, the former majority shareholder in Bulgaria’s Corporate Commercial Bank (CCB), to authorities in Sofia, Bulgarian National Radio reported on May 28.

According to the court, there was sufficient reason to believe that Vassilev could be mistreated if he was extradited to Bulgaria and his case met the conditions for being granted asylum, BNR said, noting that the former banker was granted asylum in Serbia last year.

BNR’s report said that the ruling effectively ended Bulgaria’s attempts to secure the extradition of Vassilev, who is wanted in connection to the investigation into the collapse of CCB in 2014.

The investigation, which ended in 2017, resulted in charges against 18 individuals, with Vassilev accused of leading an organised crime group and large-scale embezzlement.

CCB, Bulgaria’s fourth largest lender before it was put under special supervision by the central bank in June 2014, had its banking licence repealed by the Bulgarian National Bank in November 2014 after it had to had to write down 4.22 billion leva in impaired assets following an audit. 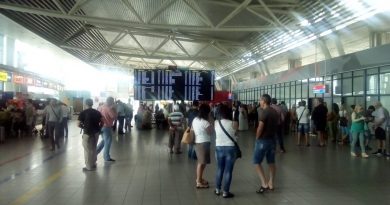