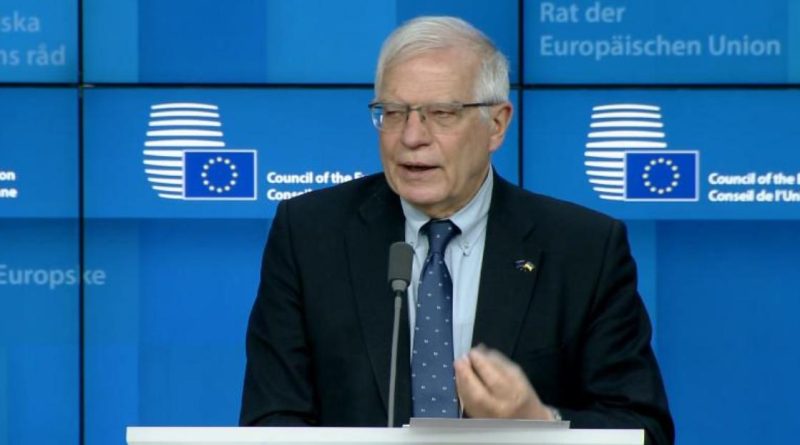 European Union foreign ministers have agreed to provide 450 million euro worth of funding for lethal and 50 million euro for non-lethal equipment for Ukraine as it battles the invasion by Russian forces acting on the orders of Russian President Vladimir Putin.

EU foreign policy chief Josep Borrell told a February 27 news conference after an emergency meeting of EU foreign ministers – the fourth in a week amid the Russia-Ukraine crisis – that some member states had offered fighter jets to Ukraine.

The fighter jets were of a kind that Ukraine operated, Borrell said.

EU defence ministers would meet on February 28 to work out the details of the assistance that Ukraine would receive, he said.

Work was being done to enhance the cyber defence of Ukraine, Borrell said.

He confirmed that EU foreign ministers had agreed to close EU air space to Russian aircraft.

A number of Russian banks would be removed from the Swift financial transaction system. The list is to be announced officially by the EU later.

Borrell said that more than half of the Russian central bank’s reserves would be frozen.

“We are going after the wealth of Putin’s elite,” he said.

The EU ministers had agreed to ban RT and Sputnik from broadcasting within the EU, to counter the Russian state-controlled narrative, he said.

The BBC reported that the EU had agreed unanimously among all member countries to take in Ukrainian refugees for up to three years without asking them to first apply for asylum.

Separately, in an address on video, European Council President Charles Michel said that the EU was organising the emergency delivery to Ukraine of defensive military equipment.

Addressing himself of Ukraine, Michel said: “Guns, ammunition, rockets, and fuel are on their way to your troops. We are also providing significant money and humanitarian assistance”.

“We are already hitting hard those who launched this war against you,” Michel said.

“We have decided, together with all our partners, unprecedented sanctions against the Russian leadership. Including against Vladimir Putin and Sergey Lavrov,” he said.

“And we are targeting all the oligarchs who support them. With our allies, we are cutting Russia, and its economy, from the international financial system. This will severely cripple Russia’s ability to operate globally.

“We are also closing European airspace to Russian airlines. And we will go further,” Michel said.

“We would prefer to solve this conflict through dialogue and negotiations. But let there be no doubt. We will hold to account all those responsible for this war. And all those who violate the law of war and international humanitarian law,” he said. 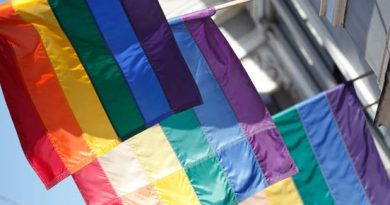 From Russia to Zagreb: Season of Pride Parades starts (or in some cases is stopped)