Bulgaria’s capital city Sofia and a number of other districts are stepping up anti-epidemic measures in response to the deteriorating Covid-19 situation.

Sofia has reached stage 3 as defined in the government’s new plan for responding to the Covid-19 situation, with classifications based on criteria including occupancy of intensive care beds.

In the city, some measures will take effect on January 24 at midnight and others on January 27, Sofia district governor Ivan Kyuchukov said.

From January 24, school pupils in Sofia in the fifth, sixth, eighth, ninth and 11th grades go over to distance learning.

Pupils in the seventh, 10th and 12th grades will continue to attend in-person classes until January 31 inclusive.

As of midnight on January 27, no more than 50 per cent of the capacity in catering and entertainment establishments may be used.

From that date, restaurants, gambling halls and places of entertainment must close no later than 10pm.

According to the district crisis headquarters, more than 5000 children and more than 1000 educators in Sofia have tested positive for Covid-19 since this week began.

The district headquarters issued an assurance that no child, nor any adult, would be turned away from a medical institution.

In all municipalities in the Bourgas district, with the exception of Ruen municipality, pupils in the fifth, sixth, eighth, ninth and 11th grades go over to distance learning from January 24 to 28.

The number of hospital beds for Covid-19 patients are being increased in the district.

From January 24, all pupils in the Sliven and Nova Zagora municipalities are going over to distance learning.

In the Haskovo district, planned admissions and planned operations in medical establishments are halted.

Plovdiv has proposed to the Ministry of Education that from January 24, pupils in the fifth, sixth, eighth, ninth and 11th grades in Plovdiv and the municipalities of Karlovo, Kuklen, Rakovski and Sopot go over to rotating between in-person and distance learning.

In the Plovdiv district, mass events are banned.

Meanwhile, Bulgaria’s Education Ministry has extended the customary school holiday that usually is one day at the beginning of February to an effective nine days this year.

All schools in Bulgaria will be closed from January 31 to February 4.

Pupils will return to classes on February 7. Depending on the instructions of the health authorities, the second term this year will start either on an in-person or distance learning basis.

The non-school days will not be compensated for by additional classes during the rest of the school year. 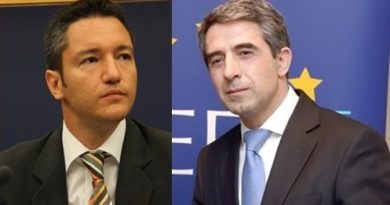 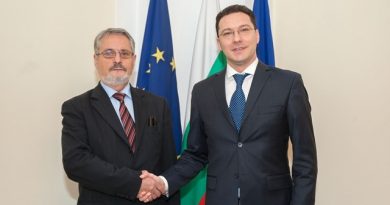