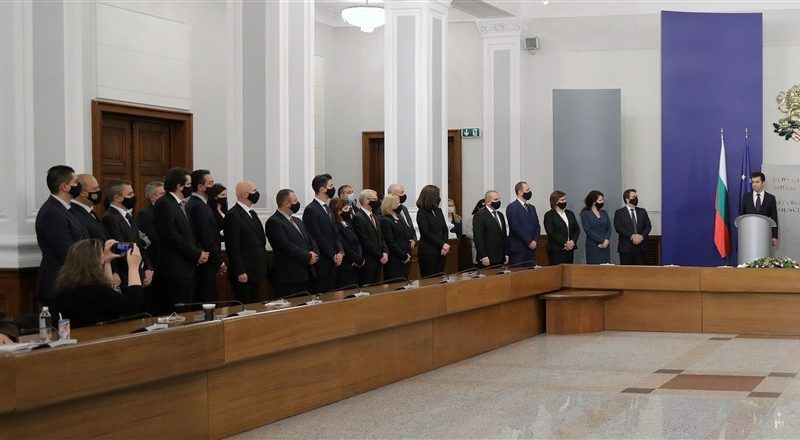 We Continue the Change (WCC), the party founded by Petkov and co-leader Assen Vassilev, won the November 14 parliamentary elections and is joined in government by the Bulgarian Socialist Party (BSP), cable television presenter Slavi Trifonov’s ITN party and the Democratic Bulgaria coalition (DB).

The new Cabinet features five deputy prime ministers, more than recent previous governments, and sees an increase in the number of portfolios, with newly-created ministries for e-government, as well as growth and innovation. The CVs of the Cabinet members are as follows:

Prime Minister – Kiril Petkov (WCC)
Petkov was economy minister in the caretaker Cabinet appointed by Roumen Radev in May 2021, but left in September to stand for Parliament. He has degrees from the University of British Columbia in Canada and Harvard Business School. Owner of biotech company ProViotic.

Deputy PM for EU funds and Finance Minister – Assen Vassilev (WCC)
Vassilev was caretaker finance minister in May-September 2021, and economy minister in a caretaker Cabinet in 2013. He has a bachelor’s degree in economics from Harvard College, as well as a JD/MBA joint degree in law and business administration from Harvard Law School and Harvard Business School.

Deputy PM for effective government – Kalina Konstantinova (WCC)
Konstantinova was deputy economy minister in the caretaker Cabinet in May-September 2021. She has a BA in economics from Bard College in New York and an MSc degree in development studies from the London School of Economics.

Deputy PM and Minister for Economy and Industry – Kornelia Ninova (BSP)
Member of Parliament since 2009 and BSP leader since 2016, currently on a caretaker basis, pending acceptance of her resignation. Ninova was deputy economy minister in the government of PM Sergei Stanishev in 2005-07. Has a degree in law from Sofia University St Kliment Ohridski.

Deputy PM and Minister for Regional Development – Grozdan Karadjov (ITN)
Former chief secretary of the Transport and Communications Ministry in 1997-2001 and member of Parliament in 2014-17, Karadjov has also pursued a number of business ventures in the construction and telecoms sectors. Has a degree in law from Sofia University St Kliment Ohridski.

Deputy PM for climate policies and Environment and Waters Minister – Borislav Sandov (DB)
Environmental activist and organiser of campaigns for environmental protection and transition to a green economy. Co-chair of the Green Movement party, a member of the Democratic Bulgaria coalition. Has a geography degree from Sofia University St Kliment Ohridski.

Interior Minister – Boiko Rashkov (WCC)
Head of the National Investigation Service in 1995-2001, followed by a term as an MP in 2001-05. Rashkov also served as deputy Justice Minister in 2008-2009 and as head of the national bureau overseeing the use of wire-tapping. Held the same portfolio in the caretaker cabinets in May-December 2021.

Foreign Minister – Teodora Genchovska (ITN)
Security and defence expert, who was previously worked for the Bulgarian General Staff and was head of the Nato department in the Defence Ministry. Has a degree in history from Sofia University St Kliment Ohridski and later graduated from the GS Rakovski Military Academy.

Labour and Social Policy Minister – Georgi Gyokov (BSP)
Member of National Assembly since 2013, serving as deputy head of the labour and social policy committee in three parliaments. Former head of the Stara Zagora regional office of the Employment Agency. Has a degree in machine engineering from Gabrovo Technical University.

Health Minister – Assena Serbezova (WCC)
Head of the Bulgarian Pharmaceutical Union since 2020 and former head of Medicines Agency in 2014-2018. Has undergraduate and masters degrees from Sofia Medical University, and a masters degree in health policy from Barcelona School of Management at Universitat Pompeu Fabra.

Energy Minister – Alexander Nikolov (ITN)
Career in the private sector, including in the telecommunications, finance, investment and capital markets sectors. Deputy energy minister in the caretaker Cabinet in May-December 2021. Has a masters degree in finance from the University of National and World Economy in Sofia.

Transport and Communications Minister – Nikolai Subev (WCC)
Founder of Ekont courier and spedition group of companies, after serving as commercial director of Bulgaria’s river shipping company prior to 1993. Has degrees in fleet management from Varna Naval Academy and transportation management from the University of National and World Economy in Sofia.

Growth and Innovation Minister – Daniel Lorer (WCC)
Co-founder and former general partner of BrightCap Ventures, an early-stage venture capital firm, and has experience founding and exiting startups in the IT sector. Has degrees in computer science and business management from Tel Aviv University.

E-government Minister – Bozhidar Bozhanov (DB)
IT expert and entrepreneur, founder of an IT security firm. E-government promoter and has experience in drafting policy and legal proposals in that area. Has a degree from Goldsmiths College, University of London.

Tourism Minister – Hristo Prodanov (BSP)
Member of Parliament since 2017, serving on the economic policy and tourism committee, having previously worked in the private sector. Has a degree in industrial management. 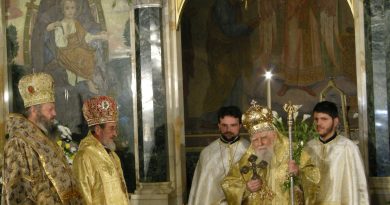