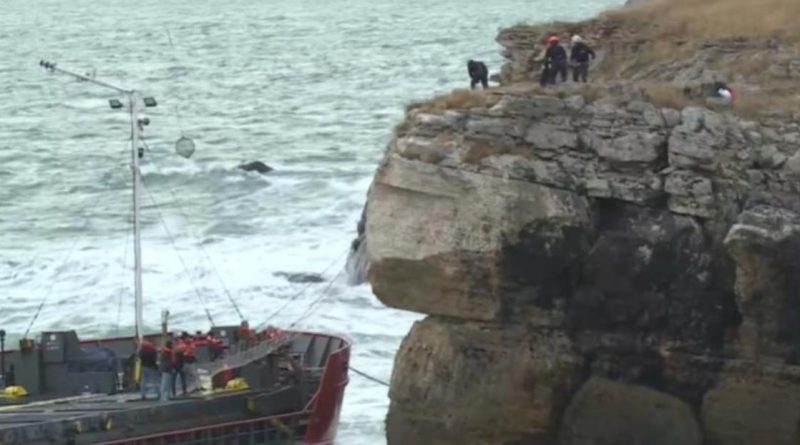 The evacuation of the nine-member crew from the Vera Su, the cargo vessel that has been stranded on Bulgaria’s northern Black Sea for more than two weeks, has begun, Bulgarian National Television reported on October 6.

Amid bad weather and heavy seas, the crew were being evacuated using a system of ropes and pulleys. Earlier reports said that using a helicopter to evacuate the crew would be too dangerous, given the nearby cliffs and strong winds.

After being evacuated, the crew will be placed in quarantine.

Prosecutors are continuing to investigate the incident in which the ship, Turkish-owned and Panamanian-flagged, ended up stranded close to the shoreline at Kamen Bryag.

Bulgarian National Radio said that three barges from the European Maritime Safety Agency were expected to arrive at the Varna seaport on the afternoon of October 6. Better weather will be awaited before attempting to remove the vessel’s cargo of urea fertiliser.

Representatives of the Dutch salvage company that are to carry out the operation to remove the vessel are also in Varna.

The Dutch company is to present to the Maritime Administration its plan to remove the vessel.

Roumen Nikolov, head of the general directorate for emergency safety at the Maritime Administration, told Bulgarian National Radio that the crew were in good condition and the condition of the ship was stable.

(Screenshot from a live broadcast of the evacuation: BNT)