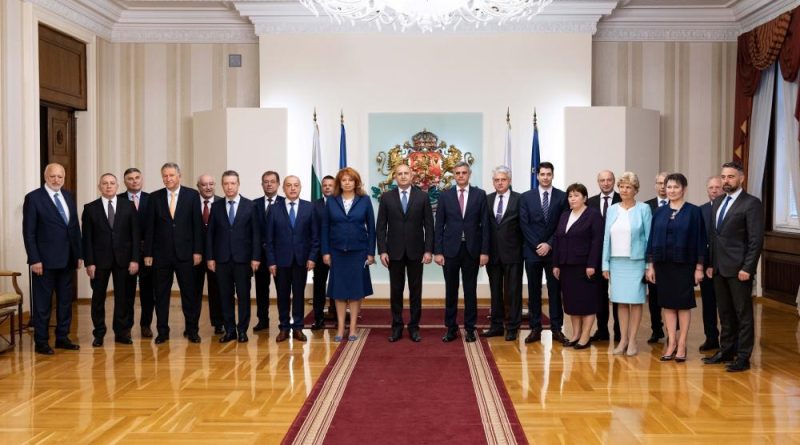 Bulgarian President Roumen Radev attended the ceremony to swear in the reshuffled caretaker Cabinet on September 16, one day after signing the formal decree appointing it and setting the date for early parliamentary elections on November 14.

The occasion marked the first time in Bulgaria’s history that a caretaker Cabinet succeded another caretaker government, after the 46th National Assembly elected in the July parliamentary polls failed to elect a government, just as the previous legislature elected in April did not produce a Cabinet.

Bulgaria’s 46th National Assembly held its last sitting on September 15 and lasted only a little longer than the previous Parliament. Like its predecessor, which managed to pass only one major piece of legislation in amendments to the Electoral Code, its only major bill was the 2021 Budget revision, passed last week.

At their last sitting, MPs also approved at second reading a bill that put the witness protection service under the Justice Ministry, instead of the the prosecutor’s office, a move meant to weaken Prosecutor-General Ivan Geshev. But Parliament made little headway towards the stated goal of several parties in it to remove Geshev from office altogether.

The caretaker Cabinet’s line-up saw three newcomers, mainly to account for now-former finance and economy ministers, Assen Vassilev and Kiril Petkov, opting to participate in the November 14 elections. Under Bulgarian law, Cabinet ministers have to take leave or resign if running for elected office.

Petkov said on September 16 that there was not enough time to register a new party in time for the next parliamentary polls, meaning he and Vassilev were “considering all options,” including running on the ticket of an existing party.

A graduate of Harvard Business School and Paris 2 Panthéon-Assas University, Belchev career in the banking sector includes positions with CCF HSBC, Credit Agricole Indosuez, Fortis Bank and Societe Generale. Belchev was the first chief executive of the Fund of Funds, set up in 2015 to manage Bulgaria’s EU funds absorption, and held the position until 2018.

Holds a PhD in economics from Veliko Turnovo University and was previously Deputy Economy Minister in 2014-2017, nominated by the Reformist Bloc, the junior coalition partner in the government at that time.

Joined the Transport Ministry in 2005 as expert in the minister’s political cabinet and was appointed to the managing board of the State Company for Rail Infrastructure in 2007. Held the position of caretaker transport minister in the Ognyan Gerdzhikov caretaker cabinet appointed by Radev in 2017.