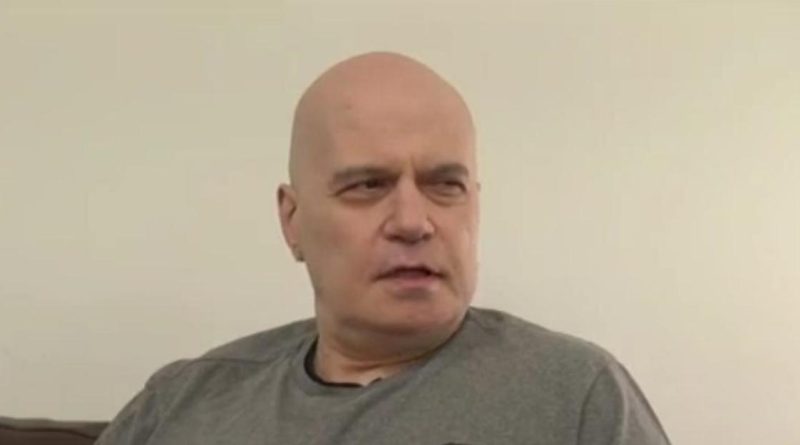 The leader of Bulgaria’s ITN political party, cable television presenter Slavi Trifonov, hit back in a Facebook post on May 4 after Boiko Borissov’s GERB party sharply criticised ITN for its role in the rapidly-approved amendments to the Electoral Code.

With the third and final mandate to seek to form a government to be offered on May 5 to the Bulgarian Socialist Party, and promptly refused, Bulgaria is set for new parliamentary elections that will be held in terms of the amended Electoral Code.

The approved amendments include removing the limit on Bulgaria’s polling station in non-EU countries, video monitoring of ballot-counting and, in effect at most polling stations, voting only using voting machines rather than paper ballot. The amendments also cut the number of members of the Central Election Commission (CEC) and the procedure for appointing them.

The amendments were approved on April 29 and promulgated by President Roumen Radev in the State Gazette on May 1.

“GERB and their media servants continue to trumpet that the rapid promulgation of changes to the Electoral Code is ‘sin, shame, sacrilege’,” a post on Trifonov’s official Facebook page said.

The post on Trifonov’s page said that in 2016, soon before elections, amendments to the Electoral Code had been tabled on October 21, approved on October 26 and gazetted the same day by then-President Rossen Plevneliev.

The post said that GERB’s Dessislava Atanassova had said that “thanks to the ‘new barbarians’” a new Electoral Code had, for the first time, been adopted in one night.

Trifonov, who said that he assumed the “new barbarians” included his party, said: “We remind Dessislava Atanassova, who once described herself as the ‘heavy artillery of GERB’, that the amendments to the Electoral Code were adopted on April 29 2021, and promulgated on May 1 2021. Apparently Dessislava Atanassova had a long night”.

He quoted GERB MP Toma Bikov as having told a May 3 news conference that it was not known what criteria the members of the CEC “whom the President will appoint at his own discretion” must meet.

Trifonov said that this was “a new lie”, saying that the Electoral Code requirements to be a member of the CEC had not been amended “so that the President has no authority to determine the requirements or CEC members himself”.

He also took aim at Borissov, who had scornfully referred to provisions for video surveillance saying that it would be put in place “if possible”.

“Another lie,” Trifonov said. “I do not know whether Borissov’s MPs were asleep, but the text in question, ‘if possible’, was dropped from the law.

“That is, Boiko Borissov is lying about something that is not in the final version of the Electoral Code,” he said.

Trifonov said that Borissov had tried to attribute “his own sins” to the parties newly in Parliament.

“A small detail is that the voting machines were purchased by their CEC. Nine thousand six hundred machines for 43 million leva with VAT. Are they from Venezuela? Their CEC must say,” Trifonov said.

“Another very small detail is that before the last election, their CEC refused an independent audit of the voting machines in question on the grounds that the state institutions conducting the inspections were independent. So much for this manipulation and lie.

“Finally, I will end with the following: Apparently, GERB has not yet realised that the time when there was no one to expose their lies is over,” Trifonov said.

Bikov responded on Facebook, with a scanned photo of the Electoral Code amendments adopted before the 2016 elections.

“I don’t know how they could have gone slower provided they were purely technical,” Bikov said.

He said that within the space of time, Trifonov and his principal, President Radev, had “eviscerated” the entire Electoral Code.

“Mr. Trifonov, the time for applause is over. Tell Mr. Toshko to come up with some more original status to cover up what you are doing and what you are involved in,” Bikov said, referring to Toshko Yordanov, one of the scriptwriters for Trifonov’s television show and now leader of the ITN parliamentary group. 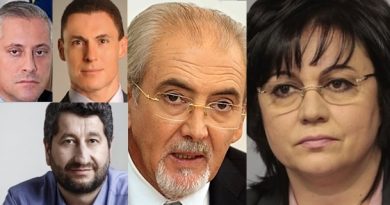