The population of Bulgaria was 6 916 548 at the end of 2020, a decrease of 0.5 per cent compared with that at the end of 2019, the National Statistical Institute (NSI) said on April 12 in an annual report on population processes.

Of the total population, 51.6 per cent were female, the NSI said.

According to figures supplied by the national information system as at January 1 2021, the deaths of 7576 people in Bulgaria who had tested positive for Covid-19 were registered in 2020.

The NSI said that the process of population ageing was continung.

Children up to 15 years of age accounted for 14.4 per cent of the population, a figure unchanged compared with 2019.

The NSI said that in 2020, a total of 6649 people formally gave notice of a change of address to one abroad.

The institute said that 37 364 people changed from an address abroad to one in Bulgaria in 2020. Fifty-two per cent were male.

Among immigrants (a term that in the context of the report includes Bulgarians moving to Bulgaria, as well as foreigners) to Bulgaria, 34.2 were aged 20 – 39 years and 32.3 per cent 40 to 59 years. 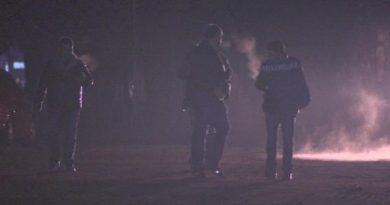