Bulgaria’s death toll among people who had tested positive for Covid-19 is 13 197, an increase of 3006 compared with the figure in the March 1 report by the national information system.

In the past 24 hours, the deaths of 129 people in Bulgaria who had tested positive for Covid-19 were registered, according to the national information system’s April 1 report.

Bulgaria’s Covid-19 death toll in March was substantially higher than in the preceding two months: 1469 in January and 1146 in February.

There are 772 patients in intensive care, 378 more than a month ago.

To date, 11 956 medical personnel in Bulgaria have tested positive for new coronavirus, an increase of 1745 in the past month.

According to the national information system, the number of people who have recovered from the virus rose by 54 016 in the past month, to 259 561.

The report said that to date, 95 003 people have received a second dose, an increase of 57 624 compared with the figure in the March 1 report. 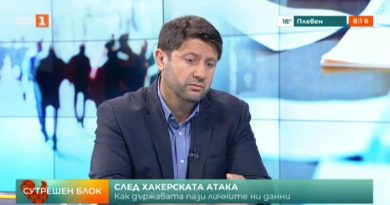